Election 2012: How To See Voting In Real-Time

by Mike Stenger 10 years ago8 months ago

Election Day is here and millions of Americans are hitting local polling places to cast their vote. With Facebook and Foursquare having their own check-in feature, they’re able to see just where people are at any given second of the day.

With this wealth of data, both social networks have put together a real-time map which shows you where people are voting across the country. It’s a very cool way of looking at the big picture.

As part of Facebook Stories, America Votes 2012 displays a map of the US with a live ticker of how many people have checked-in at a polling station through Facebook. Blue dots appear whenever someone does. 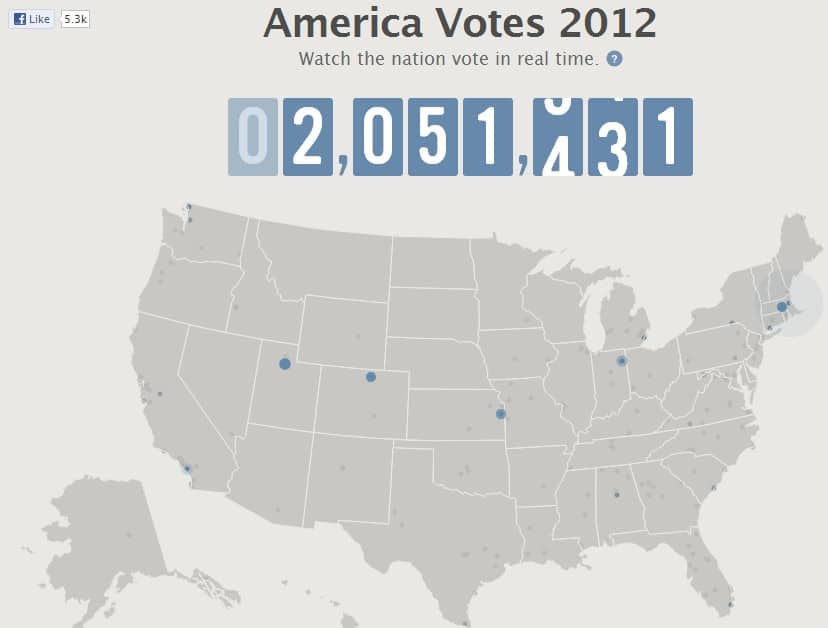 Clicking on a state let’s you see the total statewide voters and peak time. Looking below that, you can see the demographics for the state, broken down by male, female, and age group. 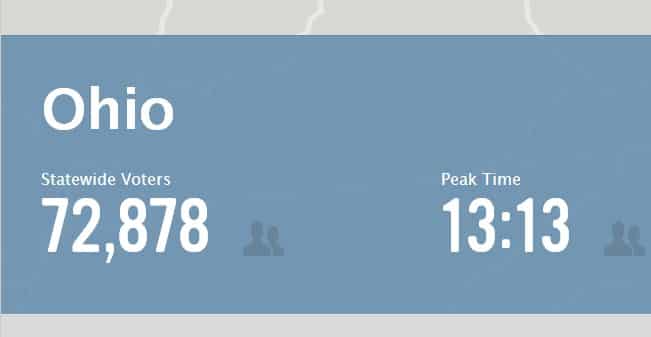 Foursquare has put together their very own real-time map as well simply called, I Voted 2012. Each state has a yellow check-in symbol and flashes every time someone checks-in to a specific state. 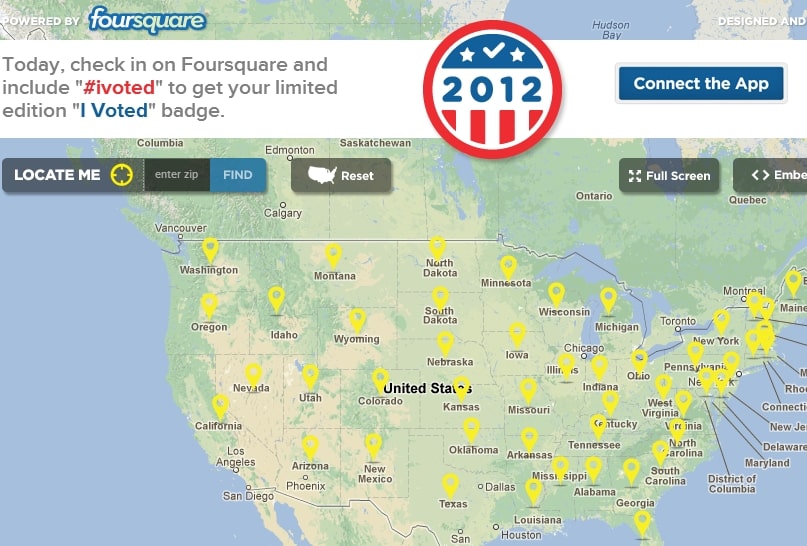 Similar to Facebook, clicking on a yellow check-in symbol above a state will show you total check-ins and peak time. Currently, the feature is experiencing some technical issues as it’s likely being overloaded.

Below the map of the US is a red bar that displays total check-ins, total locations, gender breakdown, and peak time across the entire US. Also, if you can get it to work, after clicking on a state, it’ll show that same data. 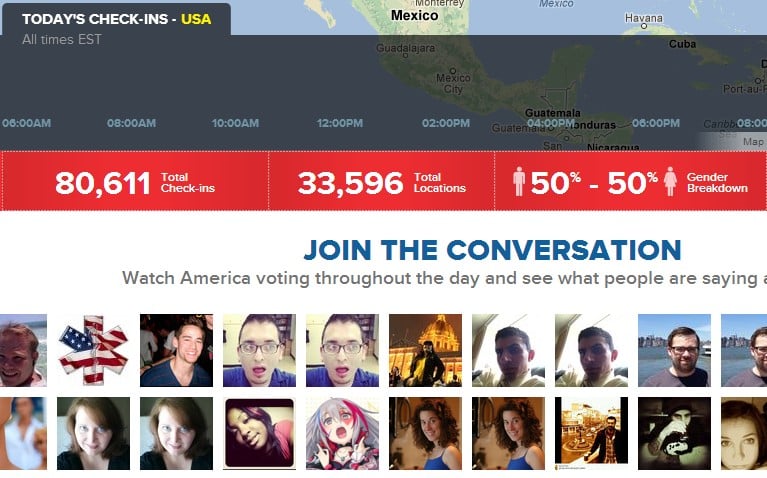 Below the red bar is a real-time feed of everyone who has checked in through Foursquare and got the I Voted 2012 badge. While these maps don’t represent everyone and only a small percentage of the population, Facebook and Foursquare allow you to get a broad visualization of voting happening around the country.