How to Have More Meaningful Interactions on Social Media

by Noemi T 8 years ago8 months ago

Social media is keeping people of all walks of life busy these days. Whether you’re an individual minding your own business, a politician looking to garner support, or you’re a commercial entity aiming to gain more exposure for your brand, the trend is to leverage social media platforms to gain an influential following.

In many cases, however, the number of followers, friends, likes, or even retweets that a brand secures are simply vanity metrics. That is, the numbers can be easily manipulated and do not really convert into actionable results. While vanity metrics may make you feel good, what matters more is that you get meaningful interactions on social media, which may in turn lead to sales or conversions.

SEO expert Justin Franciscotty emphasized the importance of going beyond vanity metrics:
“Some of the statistics about Twitter’s user base are staggering. Over a billion people are now on the platform, with almost every major demographic well represented. If you can’t find your target audience on Twitter, you have likely not defined that target audience well enough, or have incorrectly identified it.”

So how can you make your social media presence more meaningful?

Go beyond the usual suspects.

While Facebook, Twitter, Google Plus, and Instagram may be the top social platforms, that doesn’t mean that you have to stick to them exclusively. True, it is important that you do not stretch yourself too thin by maintaining accounts on ALL possible platforms, but you also owe it to your brand to consider other, newer social venues.

Vine, though owned by Twitter now, remains an alternative to the titans listed above. The platform focuses on short snippets of video, which may convey a message more strongly than a tweet or Facebook post. For example, look at the QUIT campaign, which saves lives by educating children about the dangers of tobacco, allowing them to make informed decisions and helping adults to quit smoking. The campaign is powerful and effective, all made possible using Vine’s unconventional format.

Anyone can go on Vine, create a 6-second video, and share it with the world. From Urban Outfitters to Bacardi to Marmite, brands are taking advantage of this platform by making really creative videos and catching the attention of their followers. 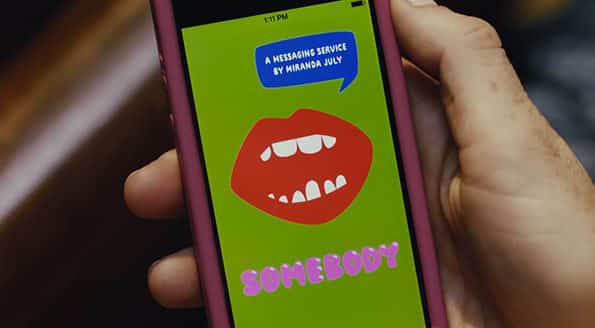 There’s a noteworthy new app called Somebody, which is the brainchild of filmmaker and performer Miranda July. The way Somebody works is so revolutionary that it is understandable that some users are wary about it.

Basically, Somebody “is a message-delivery system that relies on total strangers to intercept and deliver your words, in person, to the intended recipient.”

While the idea of a total stranger talking to you may be repugnant to some people, don’t you think that this personal way of interacting – still through social media, in a way – is better than just typing away at your keyboard? Imagine the potential this offers to brands that can now bring more meaningful, and more personal, social media interactions to their consumers.

“Social media is a tool that organizations of all sizes can use to immediately and effectively engage a target audience,” said Justin Franciscotty, and with a little innovation, organizations can make an even bigger impact.

Some events happen without warning. A natural disaster. A blackout at the Superbowl. A celebrity doing stupid things. Other happenings are pre-announced and hyped up.

Whichever the case may be, the critical element is making sure you take action without any delay. If something suddenly trends, take a look and see how you can start a conversation around it.

WARNING: Be careful, especially when it comes to sensitive topics such as 911. This year, some brands were bashed for being insensitive about the tragic event and abusing the hashtag #Remember911.

For events that you know in advance will happen, prepare a strategy. For example, the recently concluded Apple Keynote was all over social media spaces on the day of the event. If your brand is somehow related to the event, you could have had tweets, posts, and conversations with other attendees or observers on social media.

The key: make sure you’re quick to the draw.

Having more meaningful interactions on social media means targeting your audience, talking to them (instead of AT them), and showing the more personal side of your brand. To achieve that, try thinking out of the box and putting yourself in their shoes. And always act fast — social never goes silent.