by Brad Jones 8 years ago10 months ago 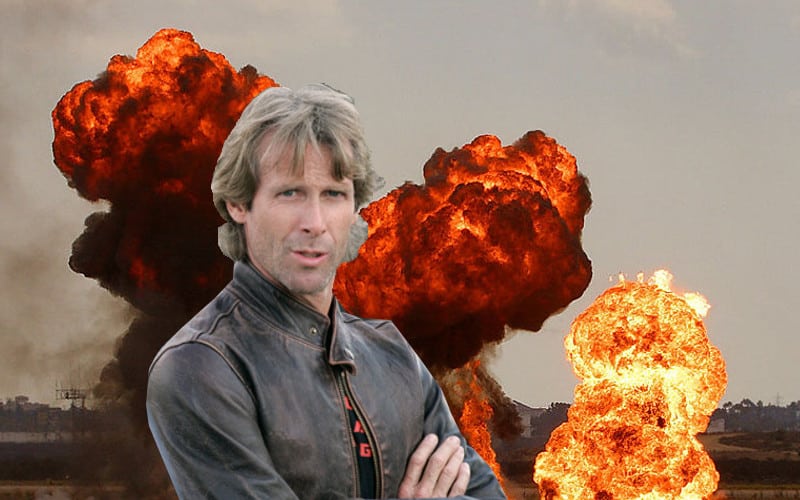 With over $5 billion in box office returns over the course of his career, there’s little doubt that Michael Bay’s brand of high-octane action is what cinema audiences crave. Now, a group of talented Photoshop wizards have taken to adding the director’s signature ‘Bayhem’ to the internet’s favorite form of entertainment: GIFs. Here are some prime examples of this explosive new trend of Michael Bay GIFs.

Of course, one of the first avenues these creative Bay fans began to explore was the idea of the Transformers director adding his sense of spectacle to classic movies from yesteryear.

Titanic one of the few films that earned more than Bay’s best attempt at the box office, but you have to wonder if it could have been even more successful with him at the helm.

However, that wasn’t the only motion picture that has been reimagined with that subtle Bay touch, with fellow high-earners Star Wars Episode I: The Phantom Menace and The Lion King also receiving the same attention.

Explosions in the Animal Kingdom

Animals are a sure fire hit in every corner of the internet, and as such it wasn’t long before the idea was seized upon that the massive amount of animal GIFs you see on a daily basis could be improved with a touch of Bay.

Above we see the majesty of the African savannah as the setting for an explosive chase, similar to that seen in the seminal Bad Boys II. However, Bayhem doesn’t just strike in exotic locales such as this, even the wildlife in your very garden can produce the same results, as the bees below can demonstrate.

You might think a couple of bees colliding when flying around is a bit underwhelming for creatures supposed to be used to working as part of a large group without much issue. An animal working outside of their comfort zone, however, might have more of an excuse for this type of pratfall — a gorilla riding a bike, perhaps?

Finally, we see a heroic armadillo save a beloved toy from certain destruction in the wake of an unexpected explosion. Perhaps more agile than you would think he might be.

Aside from animals, it’s no great stretch to say that the next most popular subject for GIFs is the fail. We’ve perhaps become desensitized to falls, trips and backfired skateboard tricks with such a great amount of them available to us on the internet, so it’s high time they were livened up with some explosions.

Gymnastics isn’t the only activity that can end in a fiery fall. A trip to the climbing wall can be similarly volatile for the inexperienced practitioner, the GIF below being a prime example.

The diving board at a swimming pool is perhaps a place that you’d very much expect to be dangerous — especially if you make a stop at the board underneathon the way down. Good to have all that water around to douse the ensuing explosion, though.