Remember, remember, the 5th of November.

Hactivist group Anonymous is rumored to be targeting the social media giant Facebook today, which, V for Vendetta fans may recall, is the 5th of November, aka Guy Fawkes Day, which commemorates the infamous 1600s “Gunpowder Plot.”

Anonymous is reportedly threatening to take down Facebook unless Zynga walks back on an alleged plan to cut 1,000 jobs. In the eyes of Anonymous, Zynga has no financial justification to release so many employees, due to their significant financial reserves.

Furthermore, Anonymous says that the social gaming company’s actions will bring about “the end of the US game market as we know it” as they move jobs to other countries. Anonymous is claiming access to leaked Zynga documents, though Wired thinks the docs may not have come from Zynga, since they contain numerous grammatical errors.

It’s all explained on a post at the group’s new site.

Anonymous hasn’t detailed their plan, dubbed “OP maZYNGA,” how it plans on taking down the world’s largest social networking site, or even what Facebook has to do with Zynga in the first place. They threatened to take down Facebook 0n November 5th last year as well, though their attempt was unsuccessful.

So, while it seems unlikely and on its face doesn’t make a whole lot of sense, if you experience downtime on Facebook today, it’s all because of this: 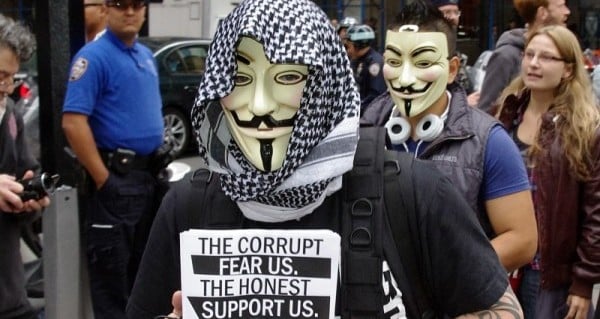 [Images via: Vincent Diamante and david_shankbone]