Joan Rivers, well-known comedian and a pioneer of the industry, passed away Thursday, September 4, after suffering cardiac arrest during a routine surgery. Her daughter, Melissa, told sources in a statement.

“It is with great sadness that I announce the death of my mother, Joan Rivers. She passed peacefully at 1:17 p.m. surrounded by family and close friends. My son and I would like to thank the doctors, nurses, and staff of Mount Sinai Hospital for the amazing care they provided for my mother.”

On August 28, Rivers had throat surgery at Yorkville Endoscopy in Manhattan, when she was rushed to Mount Sinai Hospital in New York City after suffering a respiratory or cardiac arrest, which TMZ reported. The comedian was in a medically induced coma and on life support.

Rivers will be remembered for her rise in the 1960s as a female comedian, which was extremely unheard of at that time. in 1965 she appeared on Johnny Carson’s “Tonight Show” after her famous catchphrase “Can we talk?” caught on with others.

A frank and self-deprecating sense of humor, comedian Joan Rivers will be remembered for becoming famous on late night television and transition to daytime hosting The Joan Rivers Show in ’89. After that took a dark turn, Joan joined her daughter Melissa on the red carpet, commenting on fashion. The red carpet got more red with Joan as it turned into a comedic and bloody event.

Performing stand up comedy, writing 12 best-selling books, working on reality TV, and multiple show appearances, Joan was one of the comedians who paved the way for other females in the workforce. 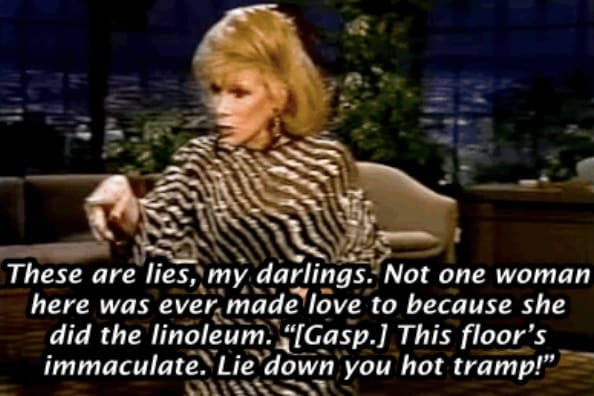