Apple sent out invitations today for a big event on September 9. The company didn’t say what the event was for but the general consensus is that Apple will unveil the new iPhone 6 as well as the iWatch.

The invitation simply reads: “Wish we could say more.”

The event will be held on September 9 at the Glint Center for Performing Arts in Cupertino, California. CNET reports that this is the same location Apple used to unveil the Macintosh Computer back in 1984. 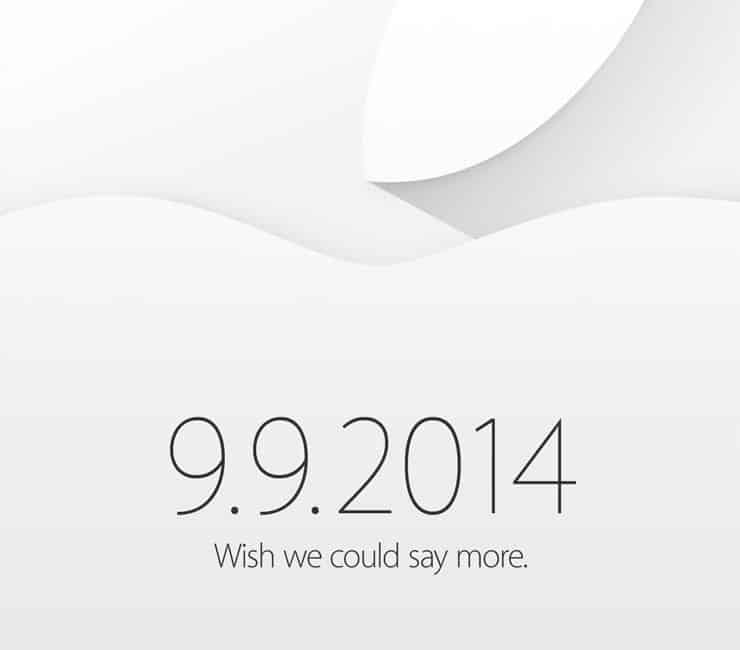 If Apple does unveil the new phone next month (they will) they’ll also announce a release date and a price. A report circulated last week that this could be the most expensive iPhone ever with a price tag around $800 without a two-year contract.

The iPhone 6 will have center stage at the event on September 9 but Apple could also unveil it’s new iWatch. The company is also reportedly working on a larger iPad but Mashable doesn’t expect the 12.9 inch iPad to make an appearance at the September 9 event. We’ll probably have to wait another month or two to see the new iPad.