Ignore No More: An App That Makes Ignoring Your Parents’...

There are helicopter parents, the “cool” parents, and then the parents who spend months developing an app that makes it impossible for their child to ignore Mom or Dad’s text messages.

A Texas mom had enough of her son not answering her texts or calls and took matters into her own hands, or phone, literally. Sharon Standifird created the app “Ignore No More” that gives parents the ability to control their kid’s cell phone if they are under the assumption the child is ignoring them.

“It takes away texting, it takes away gaming, it takes away calling their friends, surfing the internet. If there’s an emergency, the child will always be able to call 911. It’s a feature that no developer can take off the phone,” Sharon told ABC 7 News.

This mom served in the Gulf War and has climbed Mount Kilimanjaro, so when it came to developing this app, Sharon saw it as a fun and exciting challenge.

How It Works: parents open up the app and click their child’s name. The parent enters an unlock code twice and then click “Lock [Childs Name] Phone.” The phone will go to sleep and with one tap, the child gets a list of pre-approved contacts. They can call any of the members on that list to receive the password that unlocks their phone. 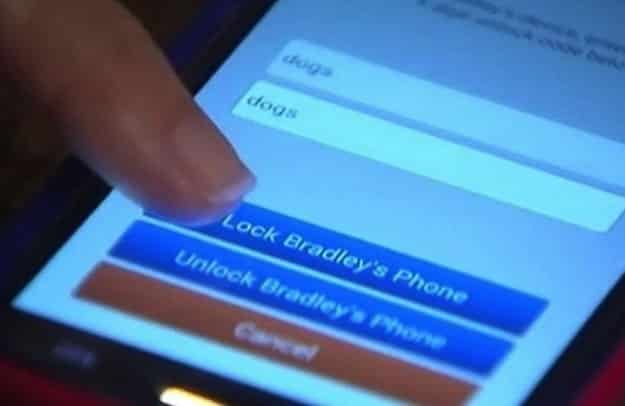 Ignore No More costs $1.99 and is available for Androids on Google Play. A version for the iPhones is currently being developed.

Is this mom taking things to far or not at all? Share in the comments.