Daniel Radcliffe Surprises Fans At Movie Theater And The Reactions...

Daniel Radcliffe is known mostly for his role as Harry Potter for the past decade, but since the series ended, the 25-year-old actor has taken on different roles such as the newly released film What If.

Daniel and his crew planned to surprise fans after watching his new movie in the theater one unsuspecting night. Buzzfeed Video caught all the action on camera, including “Oh my gods” and “is this real life?” comments. The reactions are hilarious and very genuine. The camera crew is even smiling. 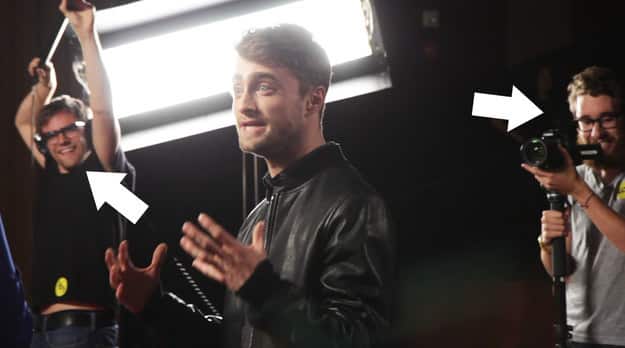 How would you react if Daniel Radcliffe popped out of nowhere to talk to you like everything was normal? Just chatting it up about his new movie. I guess those movie ticket prices were cheap for the experience these fans got. Watch above!