People are certainly getting creative when it comes to the Coca-Cola campaign #ShareACoke which has personalized names on the bottles for you to hand to a special someone. Last week, a Los Angeles couple, used the campaign to announce their pregnancy.

Now there is a similar #ShareACoke story where a Donnie McGilvray posted a photo to the Coca-Cola Facebook page telling the story of his proposal to his girlfriend using bottles that spelled “Beautiful” “Eloise” “Will” “You” “Marry” “Me”. He added the caption “I asked my girlfriend, Eloise to put the milk away in the fridge and this is what she saw. The “ice” was in the glass. Thanks Coca-Cola for all the help……….she said yes!!!” 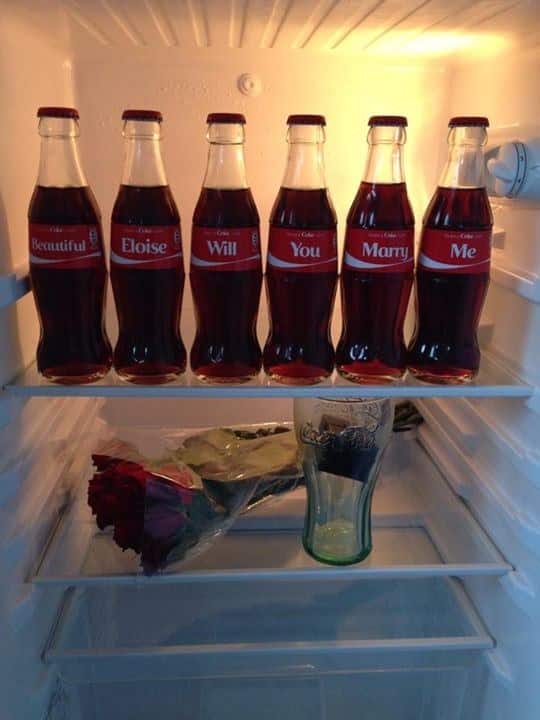 This photo has more than 1 million likes and over 50,000 shares. A day later, Coca-Cola responded with their own photo: 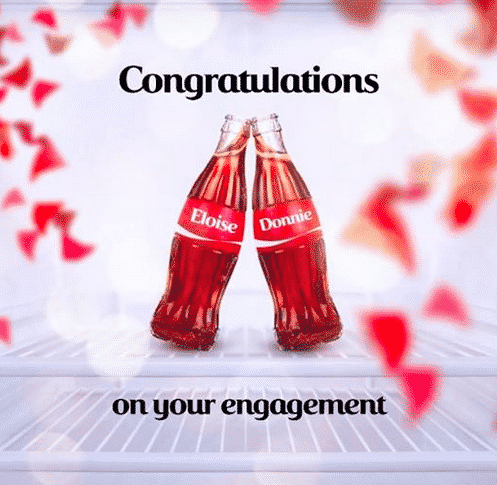 Donnie used the personalized label page to create the bottles. Coca-Cola told Buzzfeed, ““All of us at Coca-Cola would like to extend our huge congratulations to Donnie and Eloise on their engagement. We were thrilled to see that Donnie used our personalized iconic glass bottles in such a special and romantic way. That is exactly what Share a Coke is all about; creating moments of happiness with the people closest to you. We hope they share a very happy life together and will be sending them some special congratulatory bottles to celebrate.”