The internet is great at generating death hoaxes, but bringing someone back to life… Well, that’s a little tougher. A rumor that Steve Jobs was still alive started spreading today after a photo went viral on reddit.

The photo, which was uploaded by user HorseSizedDuck, shows a man in a wheelchair being pushed down the street in Brazil.

The photo was uploaded with the caption: Steve Jobs is in Rio De Janeiro, Alive. 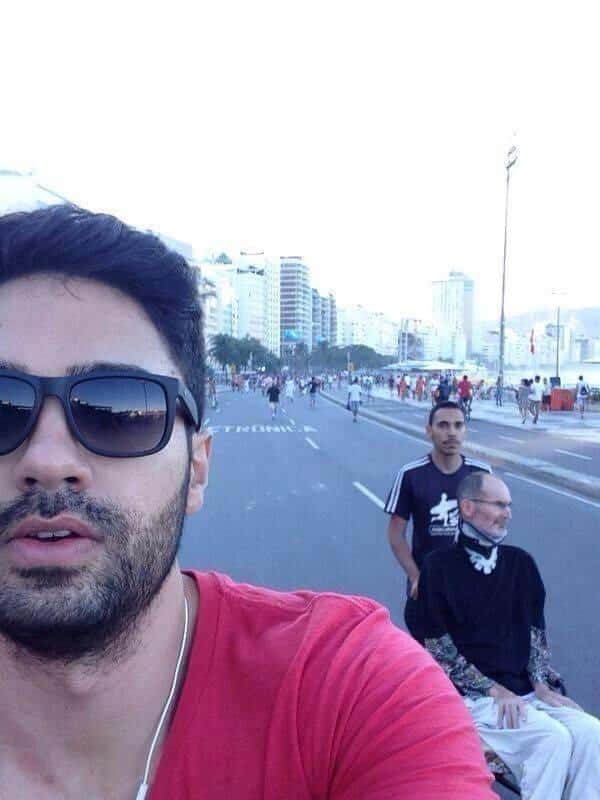 Jobs passed away in 2011 from pancreatic cancer. Well, that’s the official story. Some conspiracy theorists, however, believe that Jobs may have faked his own death. He certainly had the money and connections to pull off such a stunt. Maybe he’s living in Brazil with Elvis, Tupac, and Andy Kaufman.

One redditor writes: “Steve Jobs had effectively unlimited monetary resources. He had connections with some of the smartest, most powerful people in the world. He was known for eccentricity. He was known for near sociopathic disregard for other people’s feelings.”

So it’s possible, right? If the man in the wheelchair really is Steve Jobs (it really does look like him) then this photo was probably taken shortly before Jobs passed away in 2011. But we’re guessing that this is a Steve Jobs doppelganger.