Olivia Wilde has recently caused a stir with her Glamour photos that have surfaced online, available in the upcoming September issue, that show her breastfeeding her 4-month-old son, Otis.

First off, great name. Otis? That is perfect. Otis was welcomed by Wilde and fiancé Jason Sudeikis in April and now he has his first professionally published photo. A beautiful and stunning image of Wilde enjoying every aspect of motherhood.

“Being shot with Otis is so perfect because any portrait of me right now isn’t complete without my identity as a mother being a part of that,” Wilde said. “Breastfeeding is the most natural thing. I don’t know, now it feels like Otis should always be on my breast.” 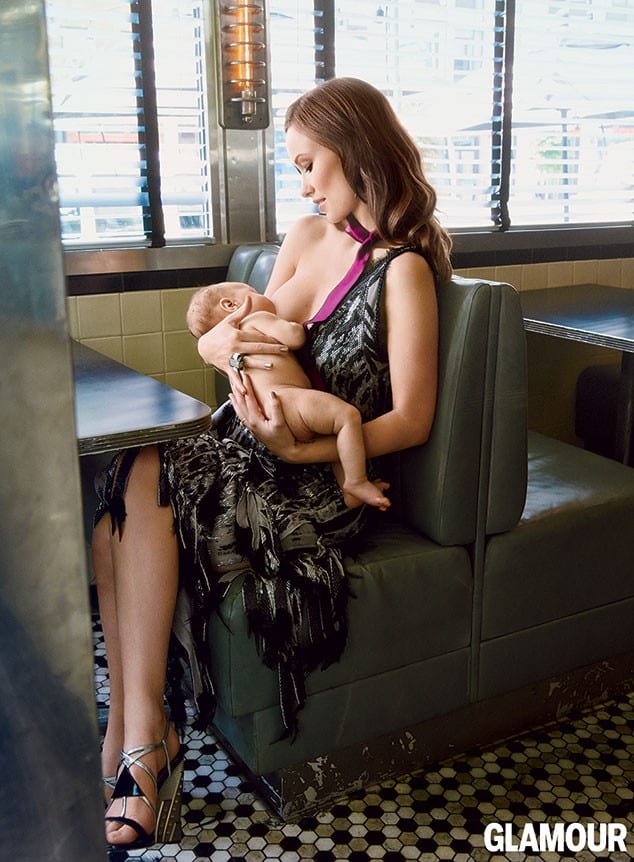 Wilde continued, “It felt like we were capturing that multifaceted woman we’ve been discussing … that we know we can be. You can be someone who is at once maternal and professional and sexy and self-possessed… I mean, I certainly don’t really look like that when I’m breastfeeding. And there’s usually a diaper involved.”

What many people do not realize is that August is National Breastfeeding Month and other celebrity moms have been pictured embracing this selfless act for many years. Angelina Jolie was on the cover of W Magazine in 2008 breastfeeding, while Pink, Alanis Morrissette, and Gisele Bündchen have all posted their own photos breastfeeding to Instagram.