Back in the old days you had to manually text your friends cat facts if you wanted to slowly drive them insane. Now there’s an app for that.

The app description reads: “Love facts about cats? Do you know that when they form a group, they make up a clowder, that they do not have a sweet tooth unlike dogs, or that they devote 2/3 of every day to just sleeping? Unbelievable? You definitely need to learn more about North America’s favorite pet.”

The Cat Facts app, which is currently available for Android devices, automatically sends your victims cat facts. Now, you may be asking yourself: Why would anyone want to do that?  Well, because it can be pretty hilarious.

The Cat Facts prank went viral on Reddit a few years ago and is now a staple of internet humor. Here’s the basics of the prank.

Reddit user FrackYou used the prank on an unsuspecting family member after they posted their phone number online. Here’s a look at how the conversation went. 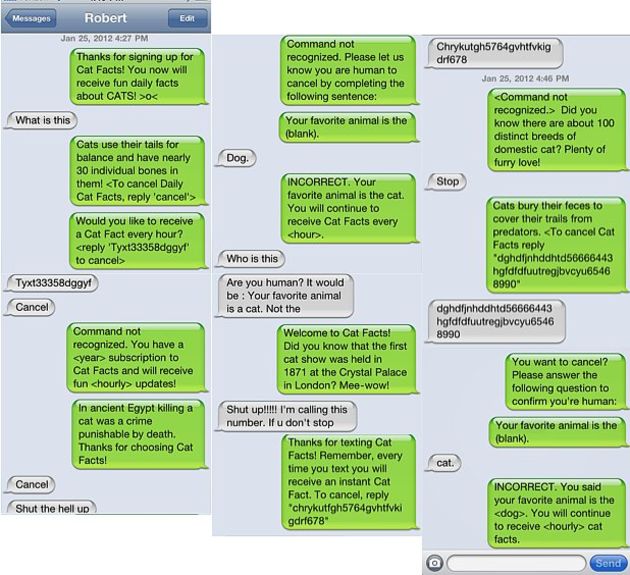 The Cat Facts app is free but you’ll have to upgrade if you want to automatically send an unlimited number of cat facts to your victims. According to the website, it will cost you $2 for 100 cat facts.