A paper gift is traditional for a one year anniversary but don’t tell that to Chad Kroeger. The Nickelback singer got Avril Lavigne a 17-carat diamond ring to celebrate one year of marriage.

Check out that rock! 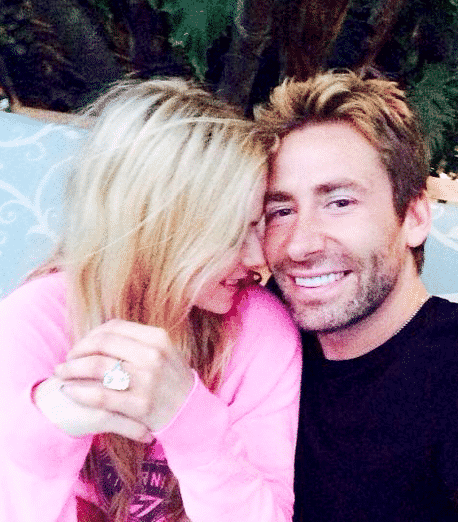 For some reason, Avril caught a little flack for posting the photo. Some people thought that the ring is too expensive for a one year anniversary while others were, well, just jerks.

In other news: Avril Lavigne’s husband gave her a 17-carat ring for their anniversary. I’m still trying wrap my mind around that one.

Chad Kroeger gave Avril Lavigne a 17-carat diamond ring for their first anniversary. It may be the closest she’s ever been to real rock. — Jason Spicoli (@Morningfiasco) August 1, 2014

US Magazine reports that this is the second time that Kroeger has purchased a ridiculously big ring for his wife. When he proposed in 2012, he gave Lavigne a 14-carat pear-shaped diamond ring.