Wonder Woman lives! Fans got their first look at Gal Gadot as the iconic superhero today at Comic-Con.

Gadot will appear as Wonder Woman in the new Superman Vs Batman film (you can see a great photo of Ben Affleck as the Caped Crusader here) and her own standalone film.

Snyder said: “Wonder Woman is arguably one of the most powerful female characters of all time and a fan favorite. Not only is Gal an amazing actress, but she also has that magical quality that makes her perfect for the role.”

There’s a lot of pressure on Gadot and Snyder for their portrayal of Wonder Woman. Fans have been calling for a movie for ages now and that means that the scrutiny is going to be high on whatever they release. 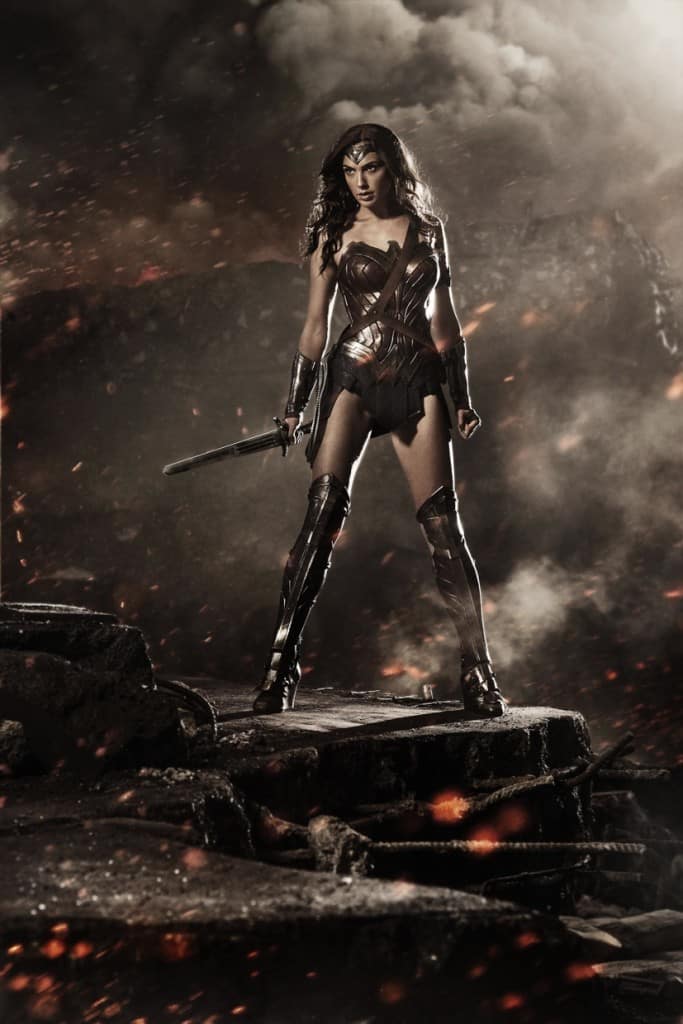 What do you think of the costume? Twitter had mixed reactions about the Wonder Woman photo. Some people thought that Gal Gadot looked more like Xena than Wonder Woman. Others were disappointed that Gal Gadot doesn’t share the same… figure as the comic book character. While others simply thought that the costume was impractical. High heels? No armor on the arms or legs?

I see they blew it big time with the Wonder Woman casting. I’m not surprised.

After publishing the new Wonder Woman image a thousand Xena CosPlayers cried out in joy at recycling their outfits.

Still, the costume got a lot of praise from the Twitterverse.

Don’t worry, there are still a million ways the movie could be awful. BUT DAMN! WONDER WOMAN IS AWESOME. 🙂

I must admit, even without all the mass that Wonder Woman traditionally has, I’m actually a tad more optimistic about Gal Gadot’s portrayal.