Nicolas Cage Superman Movie? Documentary About Doomed Film Gets A...

Did you know that there was almost a Nicolas Cage Superman movie? Yep, the actor teamed up with Tim Burton and Kevin Smith to make Superman Lives back in the 1990s. We’ll probably never see the finished version of the film but we can see a documentary about how the movie fell apart called The Death Of ‘Superman Lives’: What Happened? 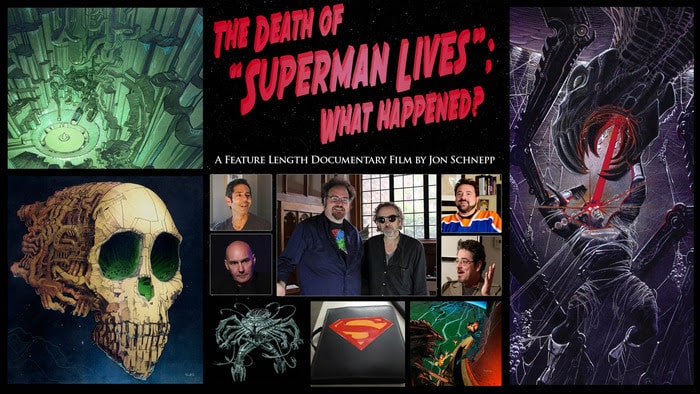 Here’s the trailer for The Death Of ‘Superman Lives’: What Happened?

Smith writes: “I’d like to start by giving a SUPER THANK YOU to all 2,121 of my DOSLWH Backers who contributed to my last campaign! Without your monetary input and creative support, I would never have even been able to start this Documentary, let alone get to where I’m at with the film now. We are in the Post Production and Finishing Phase of this Feature Film. We need additional money to finish Editing, create Animations, and all Final Post Production Additions. My stretch goal remains making some of the Recreation Scenes that were never funded. Please help by donating to this Finishing Fundraiser for completing “The Death of Superman Lives: What Happened?”