Mascara From Amsterdam? Makeup From MH17 Crash Site Show Up...

Is this Mascara from Amsterdam? Or maybe from a field just outside of Amsterdam? Reports of looting at the MH17 crash site circulated around the internet earlier this week and now we’re seeing some of the reportedly stolen goods pop up on social media.

According to the Ukrainian news wire service USAInfo.org, a young woman named Ekaterina Parkhomenko posted a photo onto Instagram this week with the caption: “Mascara from Amsterdam, or rather from the field. Well, I think you know what I mean.” 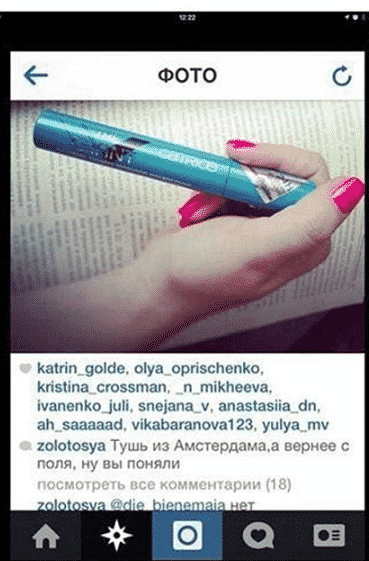 Austrian Today reports that the woman, from the separatist region of Ukraine, deleted her account after her post stirred up criticism from her followers.

It’s impossible to verify if the mascara in the photo was really from the MH17 crash site but this isn’t the only report of looting that has popped up recently. Several people have claimed that some of the victims’ credit cards and cellphones have been used after the crash. Reine Dalziel, the wife of one of the victims, said that she had to cancel her credit cards after the crash.

Her brother Shane Hattingh said: “People are abusing it in the Ukraine. They have no respect for each other, look what they’re doing. It made me angry beyond words.”

Malaysia Airlines flight MH17 was on its way from Amsterdam to Kuala Lumpur on July 17 when it was shot down by a surface-to-air missile over Ukraine. All 283 passengers and 15 crew members on board were killed in the crash.