A few days ago, Dwayne  Johnson voluntarily posted a rather embarrassing throwback thursday photo to Instagram and almost broke the internet. If you haven’t seen it, do you even internet? Either way, here it is again:

Even “The Rock” knows the horror. The caption so eloquently states “Fanny pack and lean take it to a whole other level… #90sRock #WTF #BuffLesbian”

That fanny pack. That gold chain. That everything. On The Tonight Show Starring Jimmy Fallon, Johnson was being interviewed to promote his new film Hercules. But there was no way he was leaving that interview with Fallon not bringing up the photo that hit everyone’s computer screens. Watch the hilarity ensue below.

Fallon took it one step further making it into a “Hercules action figure doll.” 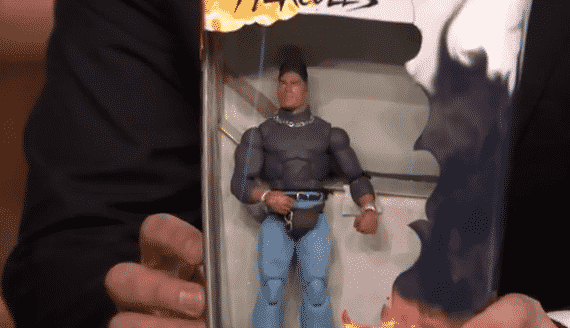