Did someone force Jack White to go to a Chicago Cubs game? The White Stripes singer was spotted in the stands at Wrigley Field earlier this week and he doesn’t look too happy about it. 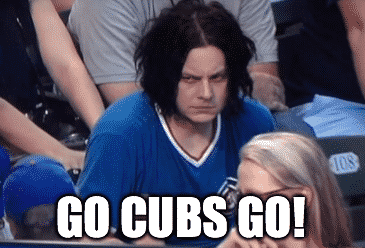 Judging by the photo alone, we can draw several conclusions about Jack White.

Jack White is in Chicago for a pair of shows at the Chicago Theatre and the Auditorium Theatre. He obviously had some time to kill while in the Windy City and accidentally thought that he would have a good time visiting Wrigley Field.

Jack White’s next album will be his darkest yet. It will focus only on Wrigley disasters.

So, do you think Jack White was just caught on camera making a momentary grumpy face? Or is he just incredibly upset that he’s being forced to watch the Chicago Cubs.