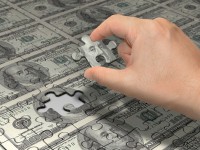 Unless you’ve been living under a rock for the past couple of years or so, you’re probably aware of crowd-funding and how this supposedly phenomenal means to raise seed money can be a good thing for entrepreneurs. There have been early success stories, such as the Pebble smartwatch and the Oculus Rift, which have raised millions of funds from pledgers through platforms like Kickstarter and Indiegogo.

Sure, there are advantages to running a campaign on these platforms, and most of the benefits involve marketability and proof-of concept. For example, you have a potentially innovative design, device or technology, but you don’t have an idea yet if it will do well in the market. Put it up on Kickstarter along with a catchy (preferably professionally-produced) intro video, and you can gauge user interest by the amount of pledges that you get.

With some platforms like Indiegogo, flexible funding schemes are also possible, which means that even if you don’t reach your targeted goal, you can still get paid (albeit with a bigger percentage cut).

There is question on the sustainability of crowd-funded projects, however. It’s true that not all crowd-funded campaigns succeed. Only a minority actually reach their goals and get funded. However, for those that do get funded, not all projects end up as viable startups or products, because of several factors.

Timeliness and momentum. While there may be an initial excitement and momentum over a certain product, it can easily be overtaken by other products, services or companies in the market.

Take Pressy, for example. The team behind Pressy promised an extra smartphone button that plugs into the 3.5-mm audio accessory jack, along with a button that could be programmed to do certain actions on the device. The project far surpassed its $40,000 goal, earning $695,138 in pledges. Development on the project was set back with several delays, mostly due to manufacturing issues.

Even before Pressy had the chance to ship, some supposed clones have already been out to market, like the MiKey from Chinese cult brand Xiaomi. Other enterprising developers also came up with alternative ideas for an add-on button. Take Dimple, for instance, which offers not one but four programmable buttons that connect via NFC. The project launched on Indiegogo with a $40,000 goal, and it reached $87,125.

For consumers, the caveat is that crowd-funded projects might be a novelty, and startups that offer their products as crowd-funded campaigns might sometimes hit a sustainability wall, or perhaps even fail.

Quality of funding. Quite a number of entrepreneurs swear by crowd-funding as a great alternative to bootstrapping their projects as well as seeking out angel investors. There is a key sustainability issue here, which might also be a moral hazard problem. As a proof-of-concept, crowd-funding your project might be a good way to prove to angel investors, VCs or other institutional investors that your startup is worth a second look. However, it could turn out that seeking funding from alternative sources like crowd-funding platforms might crowd-out venture capital in the early stages.

VCs are a smart bunch and want to put their money where there is bigger potential of success. With crowd-funding at the disposal of entrepreneurs, then VCs, angels and other investors are more likely to fund at the later stage, when projects have shown signs of growth or success. Where does this leave other entrepreneurs who don’t have projects that could attract a mass audience, then?

And then there’s the added value of seeking out investors, which is mentorship. Seasoned entrepreneurs and investors can help iron out kinks in your business. Customers can tell you what they want, but there is always the question of whether these are sustainable and profitable ideas in the end.

Accountability. For many entrepreneurs, term sheets are among the most dreaded part of running a startup, especially if investment involves giving up some equity and, ultimately, diluting one’s control over the company. This might not be an issue if one is accepting angel investment. But for venture funding, it could be a big concern. However, raising funds through crowd-funding is essentially just pre-selling one’s products or services. You don’t end up giving away equity.

There is concern over accountability in this case. If (and when) a startup fails, entrepreneurs are answerable to their investors, who will sometimes liquidate assets or intellectual property in order to recoup losses. But in the event that a crowd-funded campaign does not deliver, then to whom will entrepreneurs be answerable to? Can the raised funds simply be refunded?

And another concern might be the quality of projects being funded. Poor quality campaigns that have great a presentation might be crowding out really innovative ideas that may not be marketed well enough. Worst case is that everyone starts pledging for potato salads. Perhaps even worse is if these folks don’t follow through.

Don’t get me wrong: crowd-funding is not a bad idea in itself, especially for projects that don’t get an exposure elsewhere (such as those with sustainable living and social enterprise in mind). With its popularity, however, consumers might be lulled into a false sense of security about crowd-funded projects. If a certain project has reached tipping-point, for example, you might be easily seduced into hitting the “pledge” button and ponying up some electronic funds for a product you’ll have to wait months to get. For consumers, it pays to be more discerning about the stuff we buy or pledge for. For entrepreneurs, crowd-funding might be a good way to validate ideas, but without the gauge of sustainability.

Gift-giving isn’t just a seasonal affair between friends, families and acquaintances. The art of gift-giving is also conducted on a national scale with countries often sending each other big, weird and expensive gifts. Experts in all things gifts, Vanilla Reindeer put together some examples of these expensive and odd gifts that have been shared between… END_OF_DOCUMENT_TOKEN_TO_BE_REPLACED

There are lots of ways you can make Pres. Trump feel welcome: you can offer him coffee, or mow a penis into a field for him to view as his plane lands. The willie in question has been chopped by Born Eco ahead of the arrival of President Trump, who visited the UK Monday for… END_OF_DOCUMENT_TOKEN_TO_BE_REPLACED

The year isn’t even halfway over, yet Donald Trump has managed to make a fool of himself and our country countless times. From inviting the national college football champions, the Clemson Tigers, all the way to the White House for some McDonald’s to his to the dreaded results of Mueller’s investigation, it has been one… END_OF_DOCUMENT_TOKEN_TO_BE_REPLACED

Republicans have always said that when they gained control in Congress, they would work to overturn Roe v. Wade and here they are, cashing in on that promise one state at a time. So far, Alabama, Arkansas, Georgia, Kentucky, Missouri, and Ohio have all passed incredibly restrictive laws on abortions, making it illegal for women… END_OF_DOCUMENT_TOKEN_TO_BE_REPLACED

If you’re on Snapchat, then you’ve probably played around with (and were likely horrified by) their filter gender swap filters. While you’re probably using these filters to send hilarious pics to your friends, some guys using them to create Tinder profiles. What likely started out as a joke has quickly evolved, and these guys are… END_OF_DOCUMENT_TOKEN_TO_BE_REPLACED

“Milkshaking” is a hilarious trend in Britain where a milkshake is thrown at and ideally lands on a far-right politician or activist. The point of this nonviolence protest is to humiliate them without causing injury. Physical injury at least. There’s no doubt that milkshaking has led to a few bruised egos. Not only is this… END_OF_DOCUMENT_TOKEN_TO_BE_REPLACED