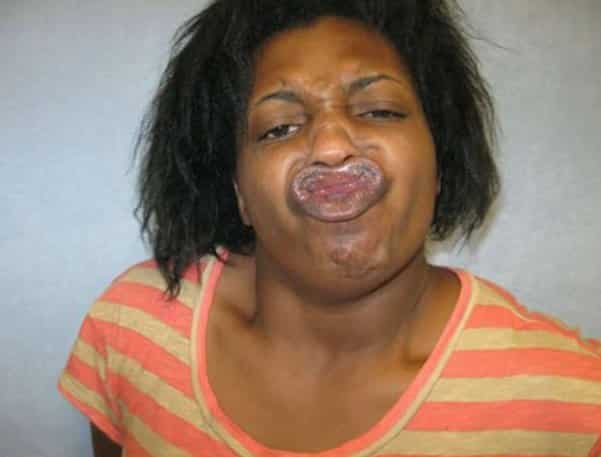 According to the Huffington Post, Green, 34, was arrested this weekend after she refused to leave her hotel room. Green and Brian Baker, 24, were supposed to vacate their room at 11 am on Saturday morning but they reportedly refused to leave. Hotel management called the cops. Green was arrested. And when police asked her to get up against the wall for her mugshot, she struck that ridiculous pose.

The Wickliffe Police Department shared the photo on its Facebook page, writing: “The officer explained that they needed to leave or rent the room for another day and the female became loud and uncooperative… As the couple was being escorted from the building it was discovered that she had provided fictitious information. Once outside, the female continued to become loud and uncooperative and refused to identify herself. After a brief struggle the female was arrested and transported to the WPD.”

Green was charged with obstructing official business and was released on $354 bond.