by Noemi T 8 years ago6 months ago

The entire world is up and about at this ungodly hour (well, ungodly if you’re in Asia), waiting for a little over an hour when the World Cup 2014 Finals will begin. Even before the actual match in Brazil, though, fans are already battling it out on Twitter. Tweepsmap created some visuals which tells us which team is winning, based on Twitter – the locations of fans, number of followers, and so on. 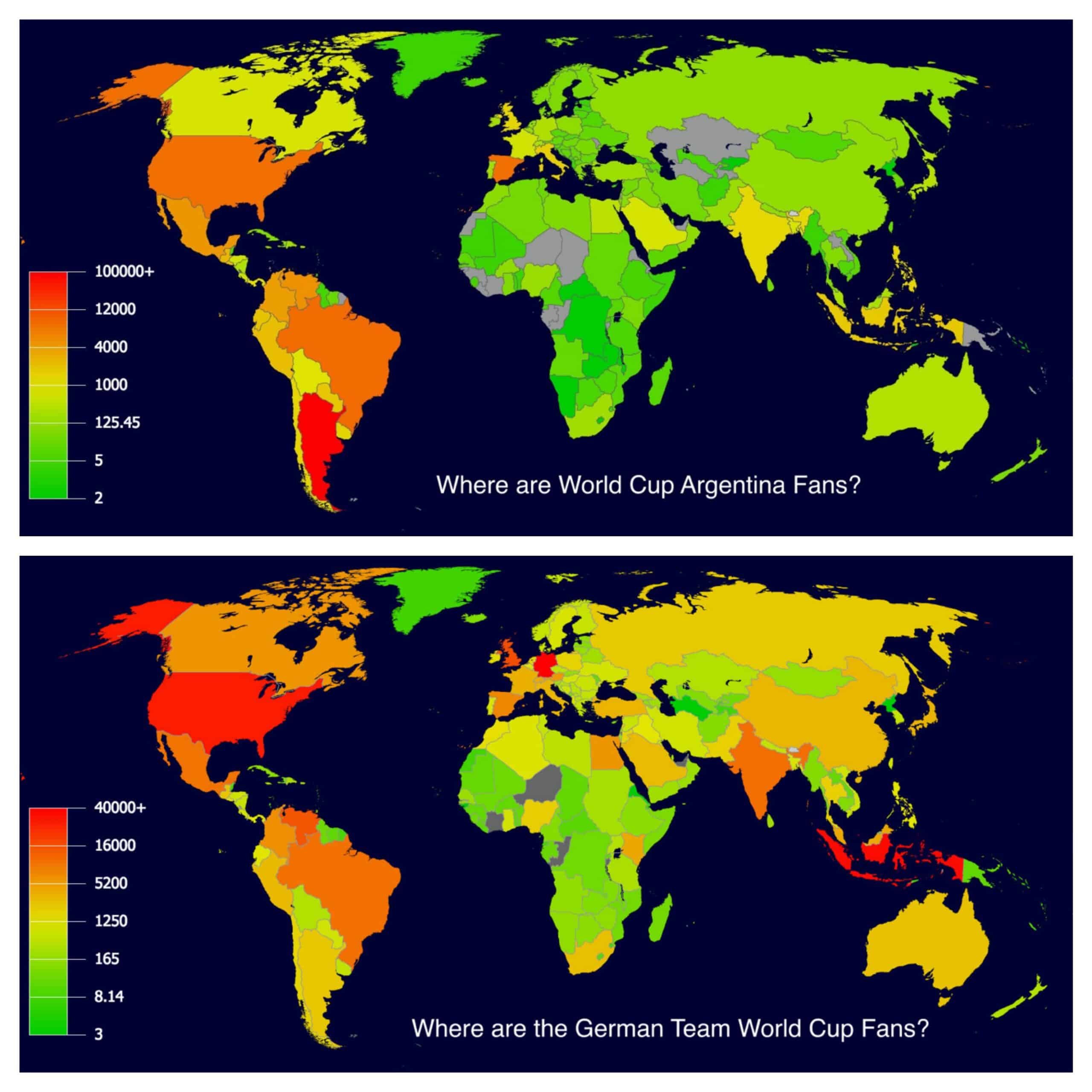 It seems that Germany is already the World Cup 2014 victor, at least on Twitter, with this data:

Countries represented by the followers:

The Twitter numbers may very well be on Germany’s side, but I have a feeling the Argentinians are not going to concede easily. Because this.

Will the World Cup 2014 finals break another Twitter record? I wouldn’t be surprised.