Mario Balotelli probably gained a few more haters after his most recent Instagram photo. The soccer star recently posted a picture of himself holding a shotgun with the caption: “Big kiss to all the haters.”

The photo was removed from his account shortly after Balotelli realized that it probably wasn’t a good idea to threaten his fans with a weapon. 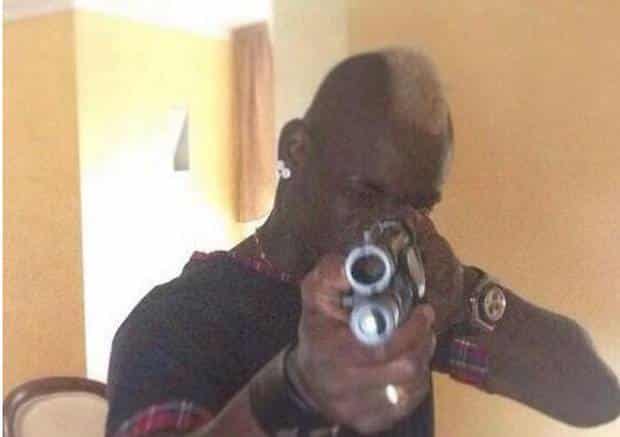 Balotelli has been on the receiving end of a lot of criticism after his poor performance in the World Cup. Rossoneri coach Filippo Inzaghi said that he hopes Balotelli grows from the criticism and becomes a better player.

Inzaghi said: “I spoke to him after Italy’s elimination … The criticisms have to make him stronger. I went through some tough times as a player, was criticized, but they made me grow. He’s an asset to the Italian game and Milan. I have to utilize his skills – he can make the difference.’

Mario Balotelli is currently on vacation after a disappointing World Cup. The Mirror reports that the soccer player and his girlfriend, Fanny Neguesha, are vacationing in Miami.