by Melissa Stusinski 10 years ago9 years ago

East Coast Instagram users have been sharing their experience with Frankenstorm as they upload 10 Hurricane Sandy photos per second.

With the invent of Twitter, Instagram, and other instantaneous sharing social media, users have been able to update their friends, followers, and the world about the events that are unfolding along the East Coast as Super storm Sandy continues to make its way on land.

While there could actually be more photos being uploaded, 10 images per second are being uploaded to the world with the hashtag #Sandy.

“I think this demonstrates how Instagram is quickly becoming a useful tool to see the world as it happens –- especially for important world events like this.”

While Twitter and Storify have already been accepted as serious social platforms for hard news, like when major storms hit, Instagram is normally used to post artsy photos, instead of documenting a major storm.

Not all of the photos being shared are real, however, as at least seven fake photos have gained brief viral fame, including a moving photo of three infantrymen dressed in their fill uniforms guarding the Tomb of the Unknown Soldier, which was later confirmed as taken in September.

While the amount Hurricane Sandy Instagram photos is massive, it is just a small amount of the coverage social media users have posted of the record-breaking storm. 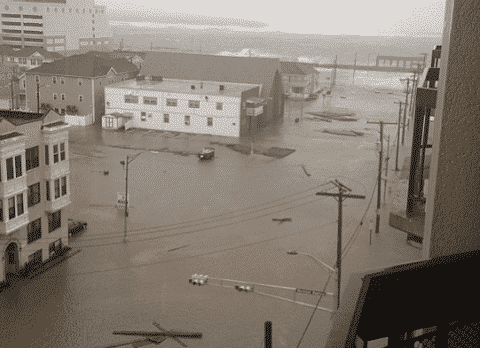