The title of the video? “Young Brazilians get f*cked by entire German soccer team.” 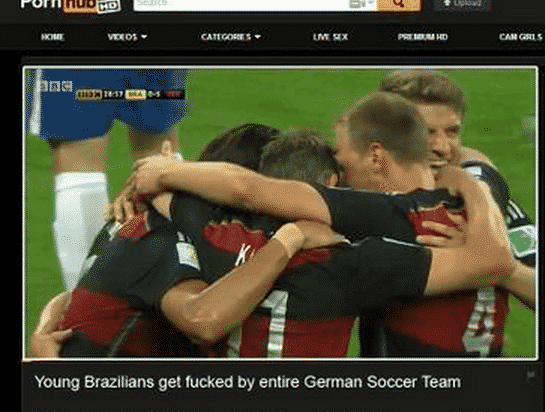 Basically, it was a group of young Brazilians getting f*cked by an entire German soccer team.