Tim Howard became an internet / American hero yesterday after an amazing performance during the World Cup. Team USA wasn’t able to pull out the victory but Howard left the field with his head held high.

The American goalie had 16 saves last night, the most in World Cup history, and practically single handedly kept the United States in the game.

So just how did Howard pull off such an incredible performance? Well, it looks like he’s been preparing for it his entire life. Tim Howard’s yearbook quote, which surfaced on Reddit today, shows that the goalie knew he would one day face the world all on his own. 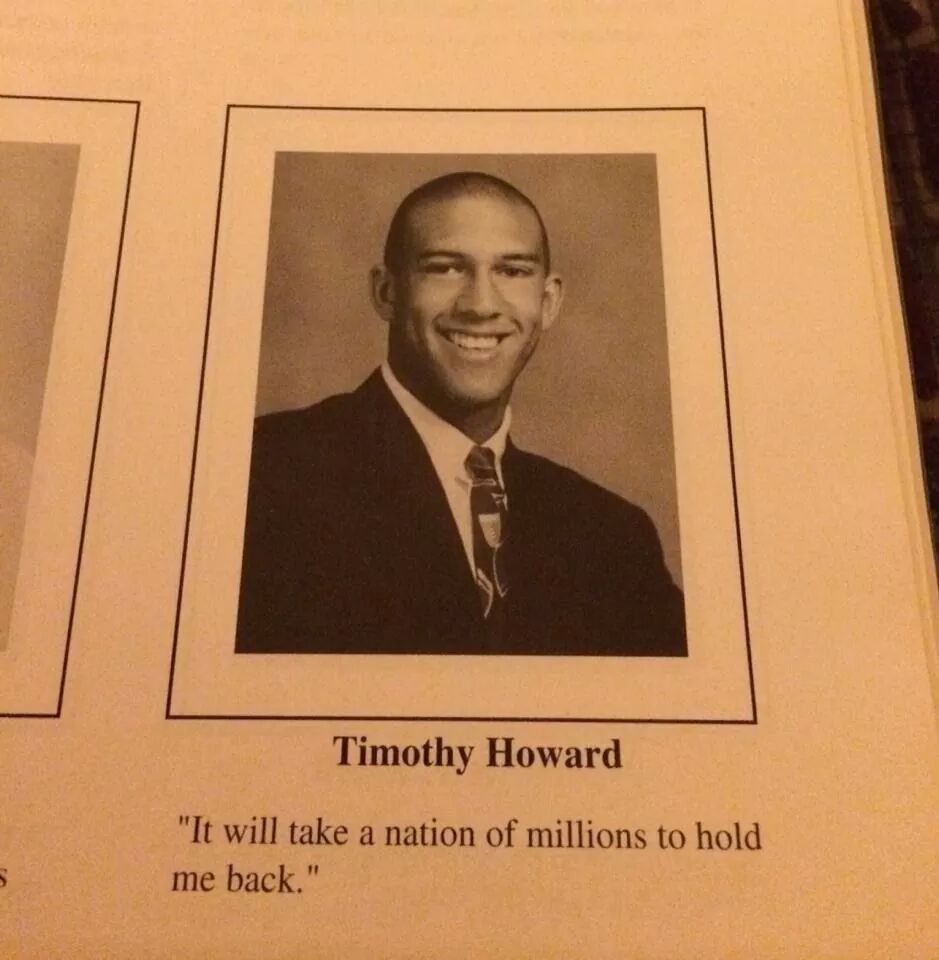 Checkout #ThingsTimHowardCouldSave, you wont be dissapointed. Here is my favorite. pic.twitter.com/BOKrYM2MGX

The internet comes up big with #ThingsTimHowardCouldSave memes after the USMNT #WorldCup loss https://t.co/12uIyiSuxE pic.twitter.com/42T3HwMYsm