Daniel Radcliffe was seen in New York City at Bryant Park walking not one, two, or three but twelve dogs, while smoking a cigarette looking like a boss. Sadly, this job is not permanent or real. The Harry Potter actor is on set of a new Judd Apatow movie called “Trainwreck” written by comedian Amy Schumer.

The 24-year-old Radcliffe doesn’t look too shabby walking 12 dogs down the streets of NYC if he wanted to professionally go into that department. Apatow wasted no time responding to the twitterverse questions, jokingly saying that Radcliffe wasn’t working on a movie at all.

“@danradcliffecom:Dan to cameo in Trainwreck?
READ: https://t.co/gGW5o43HIB pic.twitter.com/D2XcNoHeEU” Not true! He was just walking his dogs

But then there is this… 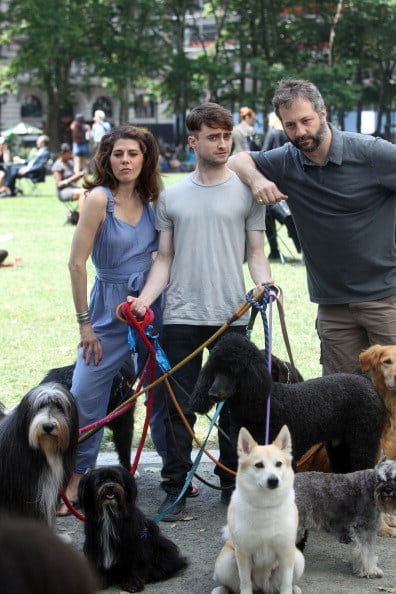