Obama Looks Like Pharrell’s Dad Dropping Him Off At Prom

In 2010, Pharrell visited the White House for a Cinco De Mayo celebration. During his visit, the musician got to take a photo with President Obama. Who knew that the photo would go viral more than four years later.

The photo was passed around on Tumblr, Twitter, and Reddit over the weekend after someone made the comment that Obama looks like Pharrell’s dad dropping him off at prom. The joke was so funny, apparently, that this old photo started to go viral again. 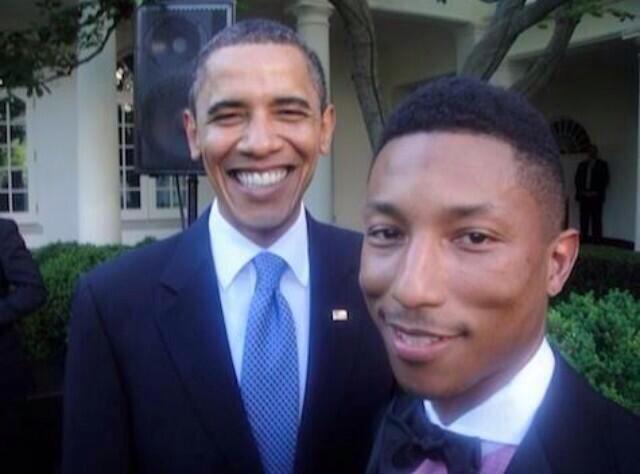 So sure, I guess this does kind of look like Obama is Pharrell’s dad and he’s dropping his son off at prom.

But here’s the weird thing: Pharrell is really 41-years-old! President Obama is only 11-years-older. Being president adds a few years to your life but President Obama still looks pretty youthful. (Just don’t watch his workout video.)

As for Pharrell…. I’m guessing that he keeps the fountain of youth in that ridiculous hat of his.