by Duncan Riley 9 years ago8 years ago

The North Korean Government has threatened to declare war on the United States…over the new Seth Rogan/ James Franco movie.

The Interview features the actors playing a talkshow host and his producer who are invited to interview Kim Jong-un, and are recruited by the CIA before leaving to assassinate the “Dear Leader.”

A North Korean spokesman told State Media that if the movie was released (it’s currently scheduled for November) the hermit nation would see the release as an “act of war.” 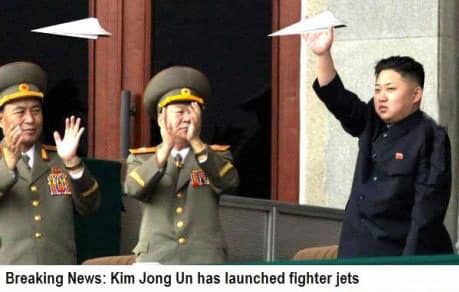 “Making and releasing a movie on a plot to hurt our top-level leadership is the most blatant act of terrorism and war and will absolutely not be tolerated.”

According to the BBC, He added that the “reckless US provocative insanity” of mobilising a “gangster filmmaker” to challenge the North’s leadership was triggering “a gust of hatred and rage” among North Korean people and soldiers.

“If the US administration allows and defends the showing of the film, a merciless counter-measure will be taken.”

North Korea has a track record of stating various things may cause war, although (thankfully) they’ve been all talk and no action since the implementation of the cease fire at the end of fighting during the Korean War.

North and South Korea are still technically in a state of war as while a cease fire was declared, no formal peace treaty ending the war has ever been signed.