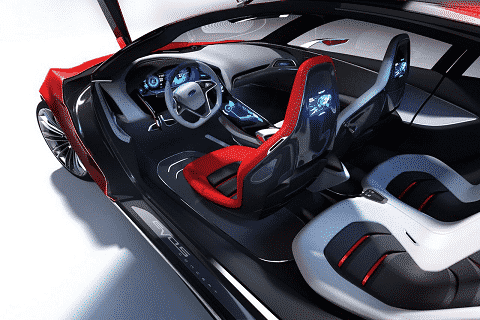 While some drivers have said that they don’t want social media like Facebook and Twitter in their cars, car manufacturers are touting the new technology in the dashboards of their cars.

Apple’s Siri technology is already being considered in BMW, Audi, Chrysler, Honda, General Motors, Jaguar, Land Rover, and Toyota cars, but this differs from five vehicles who have social media built into the dashboard.

Social Media Today notes that the five cars are the Honda Accord, Ford Evos, Mercedes Benz, Cadillac, and Toyota Entune.

The Honda Accord features a social media connection through a touch screen panel on the center of the dashboard. While the vehicle’s commercial advertises the ability to text while on-the-go, the touch screen also provides the foundation for more involved plugins.

While the Ford Evos is not yet in production, the concept has been imagined as the socially networked car for the future. The car comes with plugins that will allow drivers to like, share, and check in while on the go. It is being advertised as a next-generation car for the next generation.

Luxury car maker Mercedes Benz is planning to add a telematic system to its cars. They claim that the new system will let drivers interact with Facebook, Yelp, and other social media services while they are at the wheel. The system’s first car will be the SLK Roadster — likely a move to court younger buyers.

Cadilac and most other GM cars already have an OnStar system. But the system will be bringing a version of social media into the vehicles. They will allow drivers to access Facebook and will even have their Twitter feeds read aloud to them by the OnStar system.

Toyota has introduced their Entune system, which includes a mass of social media apps. These apps include a friend-finding function to notify drivers when their friends are in the same area. The system is geared toward younger, more social buyers. They plan to roll out Toyota Entune in the next couple of years.

While the idea of a social media car has fantastic potential for technological progress, the functionality could enable cars to be more interactive, they could also be disastrous if the driver is constantly distracted. Considering the federal government has already spent billions trying to get drivers to stop texting and talking on their cell phones while driving, it could be very disastrous to have a car you can text in, post status updates, and check in while driving.