Kim Kardashian may be the queen of the selfie but she definitely didn’t invent it. That honor may have to go to Thelma & Louise. Yes, the legendary criminals (as played by Susan Sarandon and Gena Davis) were taking selfies way back in 1991.

You can see the photo in the closing scene of the 1991 movie.

Sure, this may have not been the first selfie (Colin Powell was taking them WAY back in the day) but it’s still a pretty important moment in selfie history. Well, Thelma and Louise got back together this week to recreate their iconic photo. 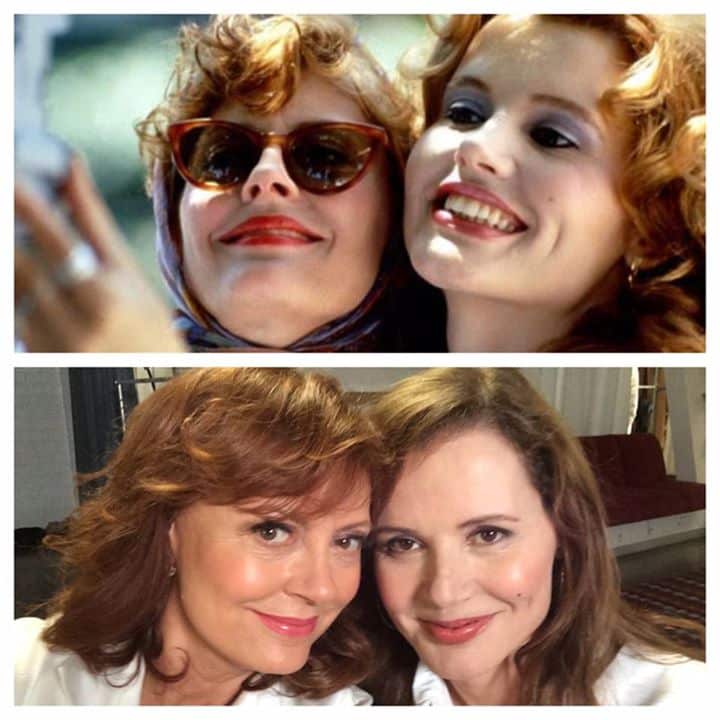 It’s unclear why Sarandon and Davis reunited this week. Maybe they’re working on a sequel!? OK, so that’s obviously not happening (you watched the above video, right?) so maybe the photo simply shows two friends hanging out.

It’s been more than twenty years since Thelma & Louise hit theaters but Geena Davis and Susan Sarandon still have pretty active careers. Davis hasn’t been involved in too many projects recently but she will be starring in Me Him Her next year. Sarandon is currently filming her role as Millie in the movie Mothers Day.