This is Jeremy Meeks. He was recently charged with multiple felonies, his bail is currently set at $900,000, and he happens to have an attractive mugshot. I wonder which one of those aspects Facebook users concentrated on when his photo was posted to the Stockton Police Department FB page…

The photo has been liked more than 10,000 times and the comments are… well, they’re kind of depressing. Most people are ignoring Meeks alleged crimes and focusing on the fact that he’s ridiculously good looking.

Another adds: “Damn those eyes.”

Another person writes: “Oh my god he can rob my house and assault me anytime.” 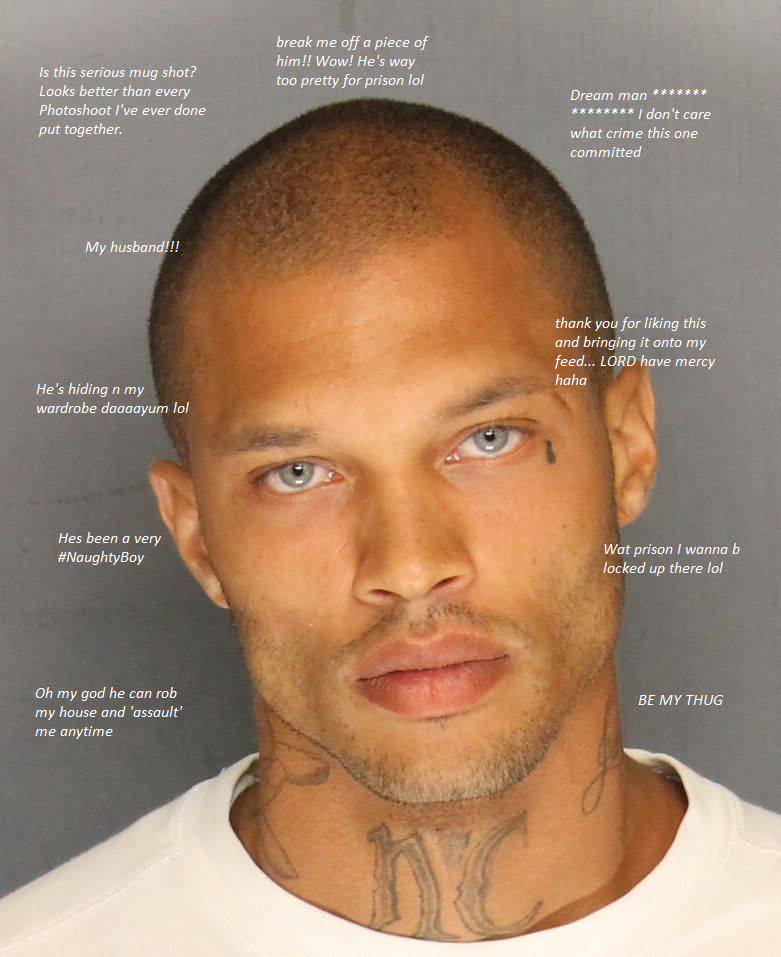 These Facebook commentators are just having a little bit of fun but they are also giving a small glimpse into the justice system. According to a 2010 study, ugly people are more likely to end up in prison than attractive people. According to the researchers at Cornell University, jurors are more likely to feel that an unattractive person is “the type of person” who would commit a crime.

An attractive person? Well, they’re the “type of person” who would never do anything to harm anyone.

According to Fox News, Meeks was arrested (along with three other less attractive men) on Wednesday during an Operation Ceasefire sweep in Stockton’s Weston Ranch area. He is currently being charged on multiple weapon felonies and his bail is set at $900,000.

Jeremy Meeks isn’t the only potential prisoner to suffer from an attractive mugshot. Remember this woman? She ended up filing a lawsuit after her ridiculously good looking mugshot was turned into an internet meme. 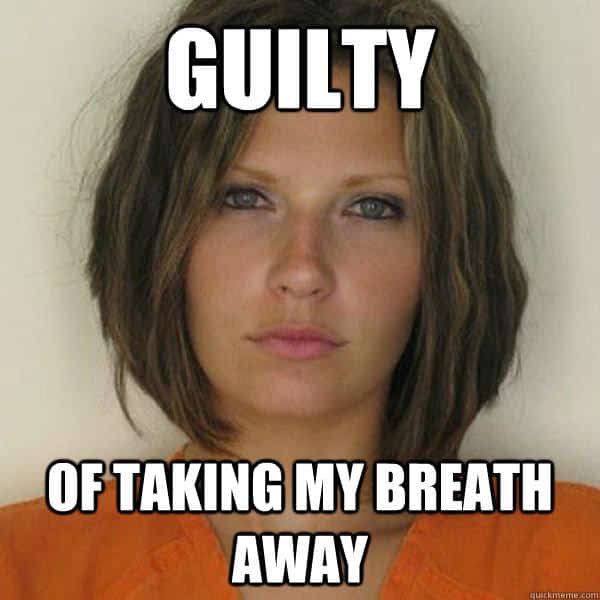 What do you think of the way people are reacting to this ridiculously good looking mugshot? Will Jeremy Meeks become a new attractive mugshot man meme?