Ryan Gosling shared a heart-warming story over Father’s Day weekend about how he adopted a baby. Unfortunately, it looks like the story is a total hoax.

Millions of people were fooled by a Father’s Day hoax over the weekend. The hoax, which started on a Ryan Gosling fan Facebook page, claimed that the actor adopted a child after his mother, a friend of his, passed away from cancer. Gosling was later forced to give up the child after the biological father returned and wanted legal custody of the baby. Ryan was heartbroken. On the bright side, he did learn how to love unconditionally.

Isn’t that sweet? Too bad it’s all a lie.

The message reads: This father’s day, I’ve decided to tell the story of how I became a father. This little guy was only 9 months old when I became his dad. His mom and I were great friends before she passed away from cancer. I promised her, I’d always look after him. So, I had decided to step up and become his dad. He brought me so much joy. He was my everything. 1 year later after the adoption, his biological father wanted him. Of course, I put up a fight, but he won. That 1 year of being his father taught me how to love unconditionally. We have to stop and be thankful for our children and children should stop and be thankful for their parents. What I truly learned most of all is, every child needs love.” 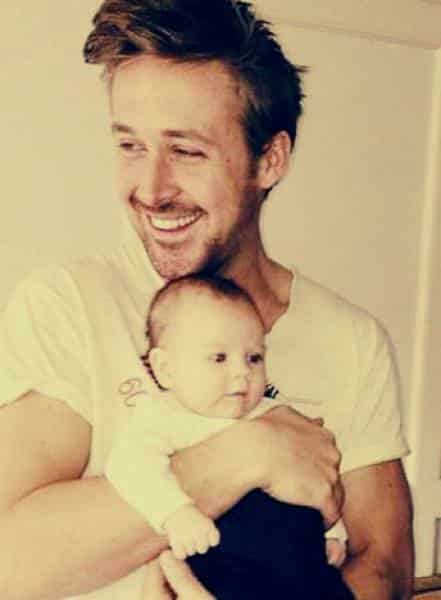 So why would anyone make up such a ridiculous story about Ryan Gosling? Well, to sell T-Shirts, of course. The message, which received nearly 1 million likes, included a link to TeeSpring.com. In addition to posting the phony story, the company also promised fans a chance to meet Ryan Gosling (if they bought a t-shirt) and said that a portion of the proceeds would go toward the Orphanage Home Foundation.

Gosling hasn’t commented on the story yet.