Guy Gets Revenge On Cheating Girlfriend, Posts Breakup To Twitter

What would you do if you found out that your girlfriend was cheating on you? This guy decided to get some revenge by posting their final text message conversation on the internet.

Sure, it may not exactly be the high road but “Bobby Light,” AKA @KaneZipperman, is receiving plenty of praise on the internet. He was even invited on HLN to talk about his viral breakup.

So here’s what happened, as far as we can tell. Kane was dating this lady and she ended up cheating on him with his best friend. The woman knew that it was a mistake and tried to get Kane back. He wasn’t having any of it.

Kane decided to use a bunch of memes to breakup with his girlfriend. Sure, he also said that he wanted to “murder her family” but for the most part, Kane was able to keep his cool throughout this little text message fiasco. 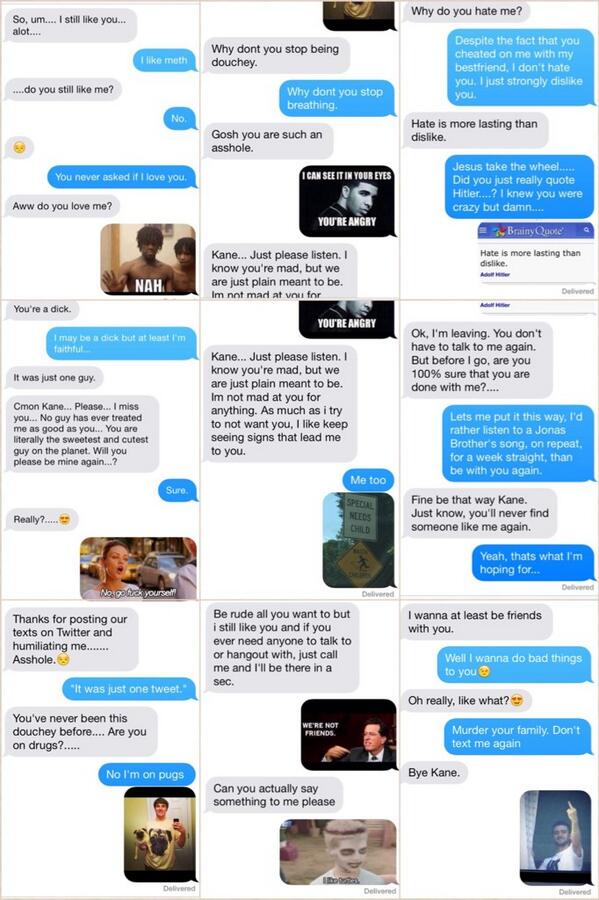 What do you think of the viral breakup? Was it right to shame this woman for cheating? Was it right to make it public? All I know is that the internet has redefined “revenge” for today’s youth.