Two girls from Wisconsin said that they stabbed their friend 19 times in order to prove their loyalty to the internet meme Slender Man.

According to the Milwaukee Journal Sentinel, the two 12-year-old girls told police that they were acting as Slender Man proxys when they stabbed their friend 19 times in Waukesha, Wisconsin. The girls, Morgan E. Geyser and Anissa E. Weier, are being charged as adults for attempted homicide in the first degree.

I just found out what slender man is wtf man I’m not gonna be able to go to sleep tonight  pic.twitter.com/2hfXuy2NR6 — (@Official_Erika_) May 8, 2014

According to Know Your Meme, Slender Man was created in 2009 as part of online contest. The contest asked participants to submit creepy photos and then try to pass them off as authentic photos of ghosts.

After the image was created an internet myth began to grow about Slender Man. People claimed that the faceless figure has tentacle-like arms and can teleport. He also can cause memory loss and paranoia. 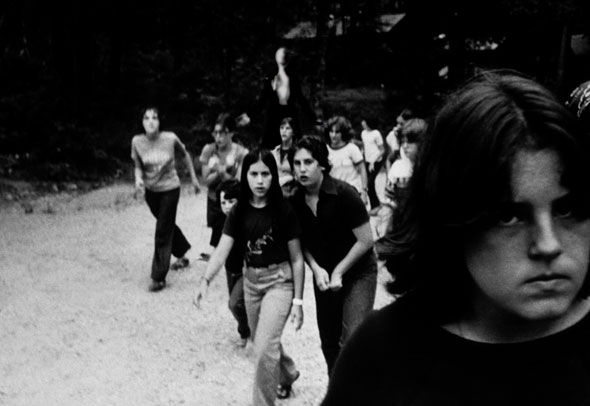 Weir and Geyser told police that Slender Man was real and that he lived in a nearby mansion. The girls reportedly wanted to show their loyalty to the internet meme by killing their 12-year-old friend.

Fortunately, the girls weren’t able to accomplish that. The 12-year-old victim was taken to a hospital and is currently in stable condition.