The Arnold family is back together. Danica McKellar, Fred Savage and the rest of the cast got together this week for a The Wonder Years reunion.

The Wonder Years ran from 1988 through 1993. It was named one of the best shows of the 80s by TV Guide and won several Emmys during its run.Fred Savage, the central character of the show, became the youngest person to be nominated for  Outstanding Lead Actor for a Comedy Series at the age of 13.

It’s been more than 20 years since The Wonder Years went off the air. Here’s a look at what the cast looked like back in the 90s. 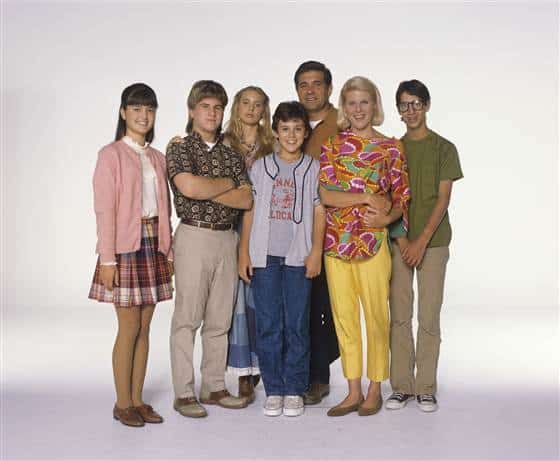 Here are some more photos from The Wonder Years reunion.

Aww… xo RT @joshsaviano: How can I look good next to the beautiful @danicamckellar#WonderYearsDVDpic.twitter.com/16SzpCLhnb

Are you excited for The Wonder Years DVD set? Here’s a little reminder of what the Arnold family was like back in 1988.