Pregnant Tila Tequila has been caught using the N-word in a racist text message to her baby daddy.

In revealing text messages obtained by Radar to the father of her child Thomas Paxton Whitaker Tila lashed out at him for his daughter’s dating habits and using the N-word and asking why it’s ‘prevalent’ in the family:

“Your daughter Briana is dating a n**** why is this so prevalent in your family? I worry for Shem baby to be around that ruckus. Need to break the cycle”

The first text was apparently sent on April 26th with another on the 28th this time telling him to get his children to stop contacting her and calling her ‘mommy’:

“..if you’re gonna talk crap about me in the media all day, you might wanna also tell your children to stop contacting me and calling me mommy. I’m tired o”

Thomas Paxton Whitaker was only recently revealed as the father of her child but that they were not a couple any more. In an interview with Radar he revealed that Tila had issues with his financial past:

“Somehow because I went through hard times like a lot of other people when the economy took a decline, and had to file for bankruptcy, I’m somehow unsuitable to be connected to in a relationship,” Whitaker was quoted saying. Their baby is due in November.

Tila has since said that he phone was hacked and she never sent such messages.

Tila also made the social news late last year after posting pictures of herself in Nazi uniform on Facebook. 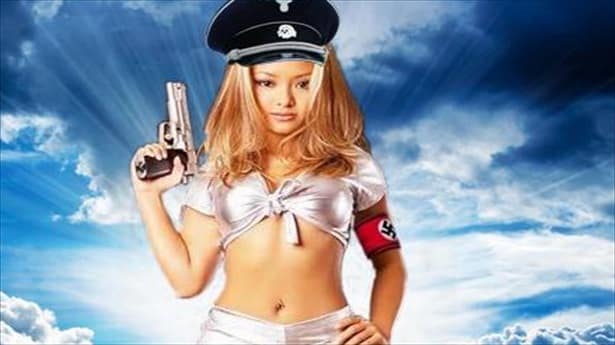