Facebook top social trends today are vast from recaps of the 2014 Billboard Music Awards to AT&T buying DirecTV for $48.5 billion. But there will always be curious fans who are fascinated by celebrities having real and actual lives.

Matthew McConaughey flew into New Orleans to film an Amazing Race scavenger hunt with Saints quarterback Drew Brees, went outside to enjoy some balcony sun, when McConaughey is shocked to see a familiar face outside on the balcony across the street. Brad Pitt was enjoying his own private sun on his NOLA balcony and started waving to McConaughey like it was any other day in the Big Easy.

Friendly gestures, smiles, and beer tossing ensued. How else do you celebrate an unplanned bro-moment? Pitt went inside, brought back out a brew, and tossed it to McConaughey. 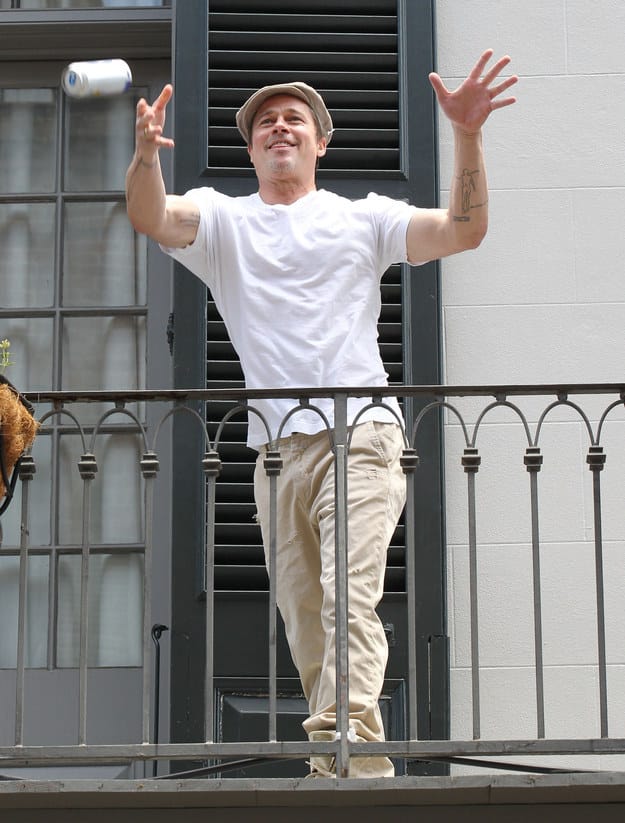 Pitt is rumored to be in NOLA discussing his acting in the second season of True Detective. ironically enough, a show McConaughey starred in all of season 1. Obviously no hard feelings. You don’t just chuck a beer from balcony to balcony to a person you aren’t cool with.

One important thing to take away from this entertaining moment is that Brad has a great arm. Showing off for Drew Brees? Maybe? Probably.