Was this Python so hungry that it tried to swallow a wok? A photo has been circulating around Twitter today that reportedly shows a python with a giant wok stuck in its stomach.

But is it real? Pythons are known to eat some pretty large animals but this snake is going to be in a little trouble if it really swallowed a wok. What do you think? Is this photo real? 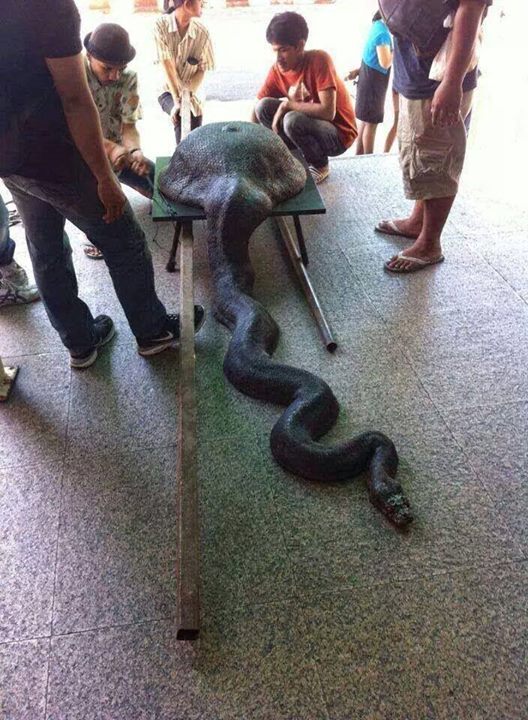 Some people believe that this is may be a sculpture. And according to the site Kapook (with a little help from Google Translate), the photo actually shows a sculpture of a python eating a turtle.

But let’s not let the truth spoil the fun. The image has been spreading around the internet and the jokes have been pouring in.

One person writes: “Sorry teacher but a python ate my home wok!”

Another adds: “The snake can cook itself now.”

The image above may be fake (well, real, but just not of a python eating a wok) but that doesn’t mean that snakes haven’t had a few interesting meals in the past. Do you remember this video of a snake eating a crocodile?