Lionsgate has posted the first official look as Julianne Moore as President Alma Coin in the upcoming release of Mockingjay – Part 1 due in theaters November 21. Before this first look, all fans have seen are promotional posters and on set photos of the moving being shot.

President Coin is the leader of the revolution, also known as District 13. Julianne Moore is looking hot and fierce in this photo. Take her seriously people, anyone with silver hair, by choice, should not be messed with. 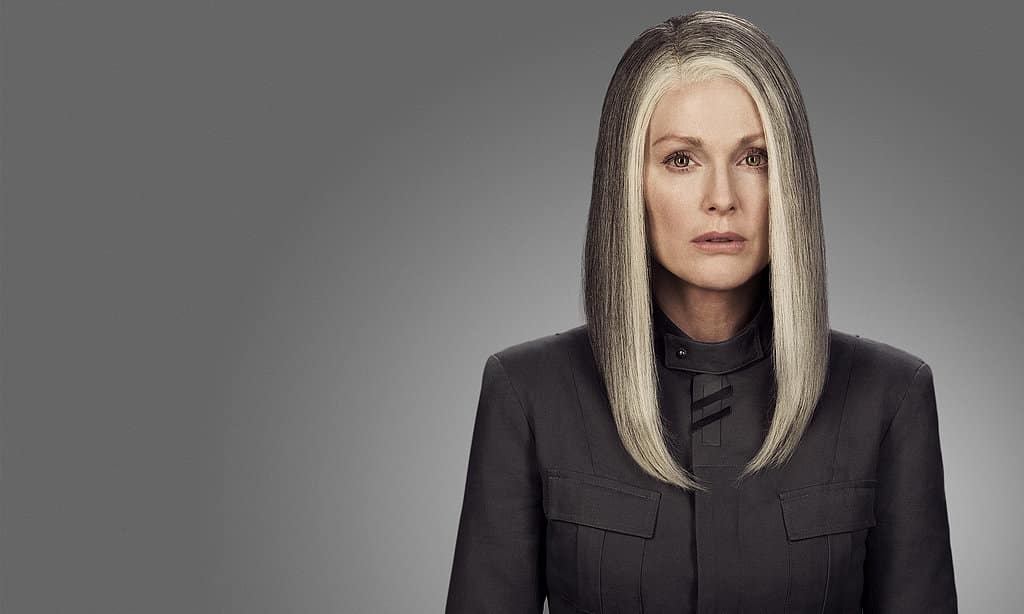 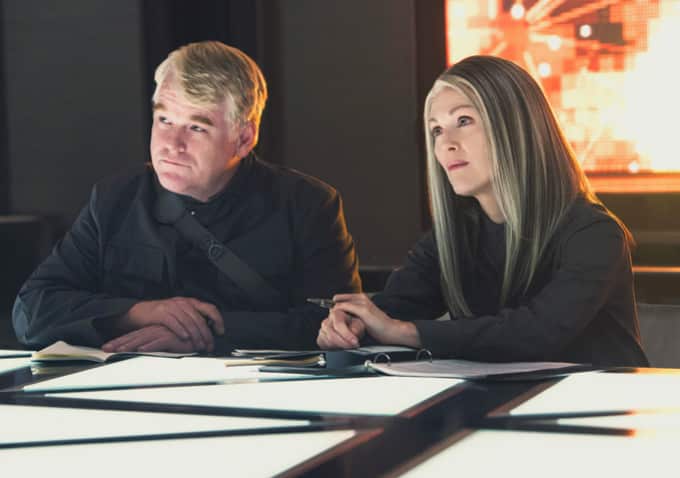 Julianne Moore and Mockingjay sits comfortably at the top of Facebook trends, while Hunger Games fans go crazy with actual photos and this insider look at a new character.

If you cannot remember how Catching Fire ended, Katniss Everdeen (Jennifer Lawrence) destroys the games forever, waking up on her way to District 13. With the help of her friends and presidential leadership from Alma Coin, Katniss will attempt to save Peeta (Josh Hutcherson) and the entire nation who stands behind her.

Watch this interview with Moore below. She talks about the political side of these films, working with Lawrence, and President Alma Coin.