Ex PayPal Exec Back On Twitter Delivering FUs To All...

Disgraced former PayPal Executive Rakesh Agrawal, who was fired last week from abusing his fellow employees on Twitter is back at it again.

Clearly having hit the bottle again, Agrawal took to Twitter Sunday with some more delightful tweets, including clear attempts to make himself completely unemployable in Silicon Valley.

The night started with him complaining about visiting Bourbon Street:

And went down hill from there: 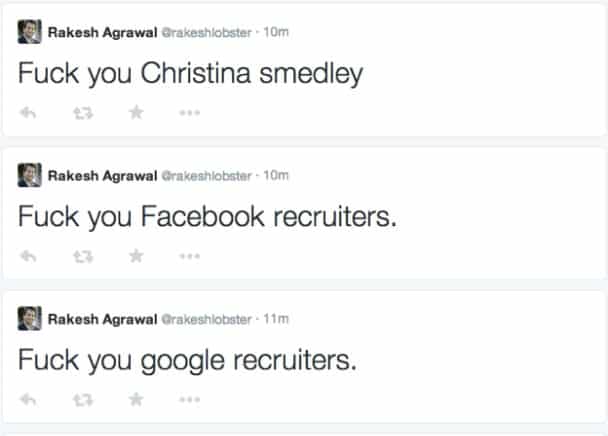 Have no fear though because all was good in the end 🙂

Among other Tweets Sunday evening Agrawal also claimed to have met with a friend to fund a new startup, and also asked people to explain his Tweets so he could hire them.