Social Media has celebrated the debut of the Dogecar at the Aaron’s 499 race at Talladega Superspeedway Sunday by flooding the internet with a range of gifs and images.

The Dogecar, driven by Josh Wise, managed to avoid a number spills during the race to finish in 20th place.

The Dogecar came about after users on Reddit raised $55,000 to sponsor the car for the race….with awesome results.

Whether Redditors will come to the party with further sponsorship in the future is unclear, but only as a one off it was a great one off. 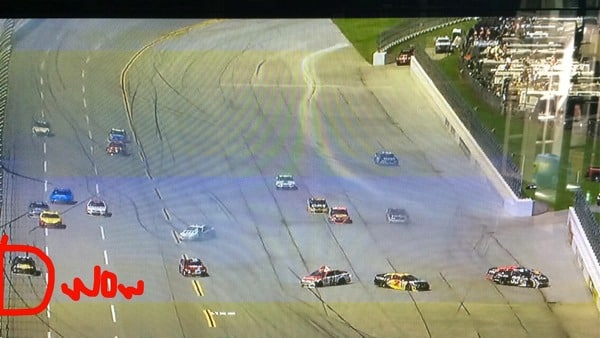