Hootsuite remains one of the most popular social media management tools on the web and they’ve managed to reach four million users. The web-based service has been around since 2008 and is very popular among the business crowd.

They currently offer integration with top social networks such as Facebook, Twitter, LinkedIn, Google Plus, and Foursquare. From 2009 to 2011, they gained 1 million users with the rest coming quickly after that.

In contrast, Hootsuite managed to gain their most recent million users in just four months. The company put together an infographic which reveals such stats as messages sent, signups by platform, networks added, and the growth of teams.

The United States sends the most messages at 38 percent of total sent, followed by continental Europe at 12.5 percent, Japan at 10 percent, South America at 9 percent, UK at 7 percent, and the rest clocking in at 6 percent or less.

The web continues to be the most popular platform for signups with 64 percent compared to mobile’s 36 percent. As far as which devices get the most usage, the iPhone is number one at 49 percent, followed by Android at 23 percent, iPad at 20 percent, and BlackBerry with 8 percent.

Facebook is the top social network with 48 percent of all social profiles added with Twitter following close behind. Check out the full infographic below to see just how far Hootsuite has come. 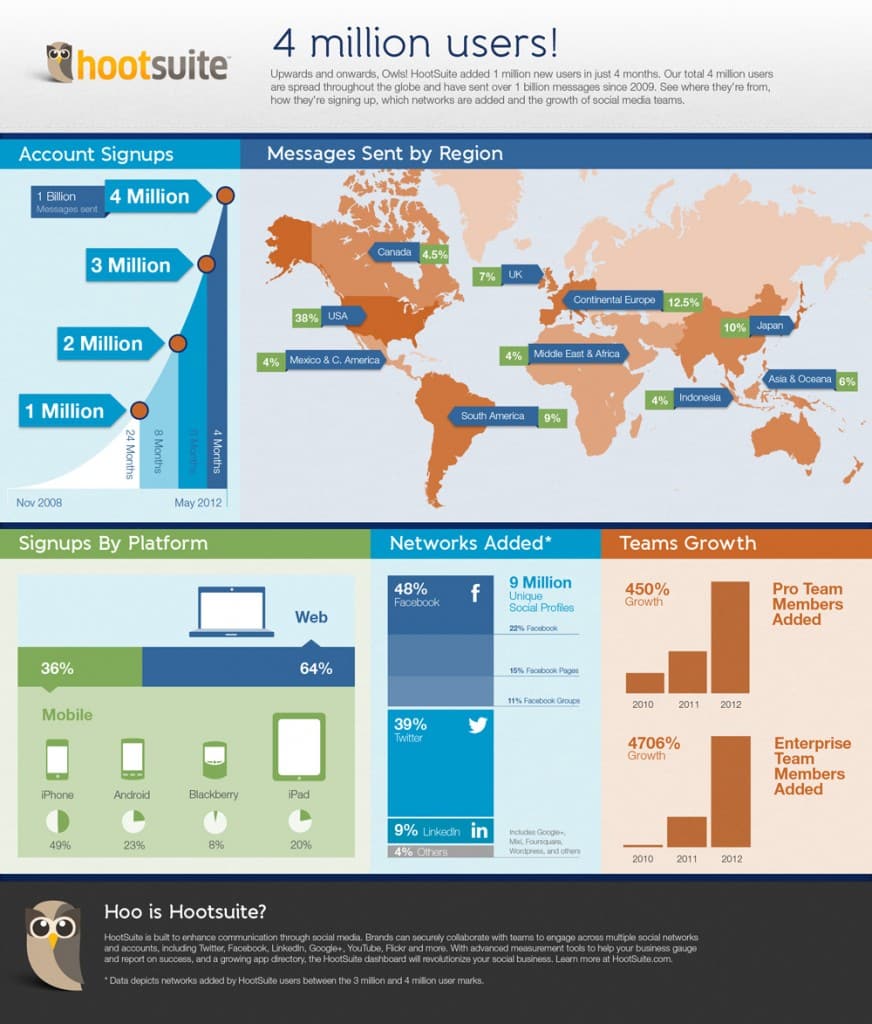