Meet Jessica: The Soon To Be Virally Famous Tame Hippo

A tame Hippo from South Africa is due to become virally world famous shortly following a post to Reddit’s r/pics.

The submission, which at the time of writing has 2,704 upvotes (net 1834) shows a range of photos featuring an actually tame hippopotamus called Jessica. 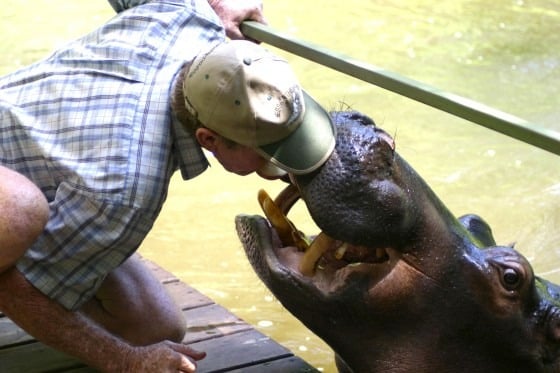 In March 2000 Tonie and Shirley Joubert went for a walk. There had recently been terrible flooding of the area where they lived, near Hoedspruit, South Africa. During their walk they discovered something quite unexpected on the riverbank next to their home… a hippo calf! She was so young that she still had her umbilical cord attached, the floods must have swept her away from her mother. With the mother nowhere in sight and the calf looking extremely weak and scared, they decided to intervene, and they took her into their home 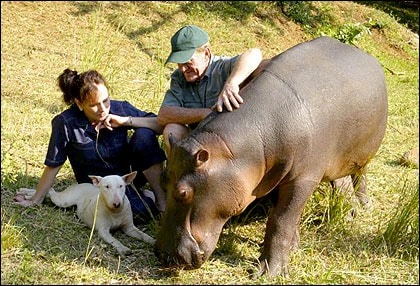 They decided to name the calf Jessica, they fed and cared for her as she grew. A very strong bond was formed between Jessica and her “parents”. She also made friends with the pet dogs! 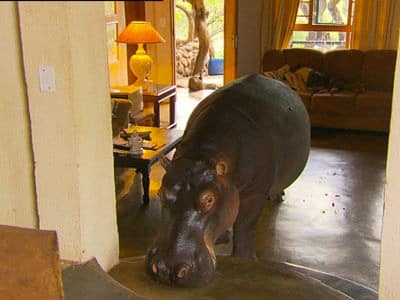 To this day, Jessica still comes to get treats from Tonie and Shirley, and the many guests that come to visit her. But perhaps the best part of the story is that she was also able to be released back into the wild, and so she does spend a lot of time with wild hippos (and other animals!)! 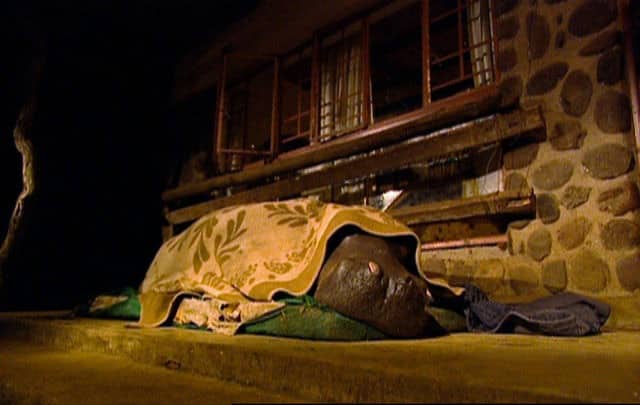 But it looks like she still enjoys the odd pampered evening! She is completely free to come and go as she pleases.

We won’t post all the photos, you can view them on Reddit here, or find out more about Jessica’s story here.

Jessica has been featured on some cable channels before, but we certainly went awwwww when we saw it.

What do you think? a tame hippo? leave a comment below.