Today, April 22, is Earth Day and our far out friends at NASA want you to snap a selfie for the special occasion, but not just any photo will do.

Part of Earth Right Now, NASA is asking social media followers across the world to post their selfie with hashtag #GlobalSelfie while holding this sign: 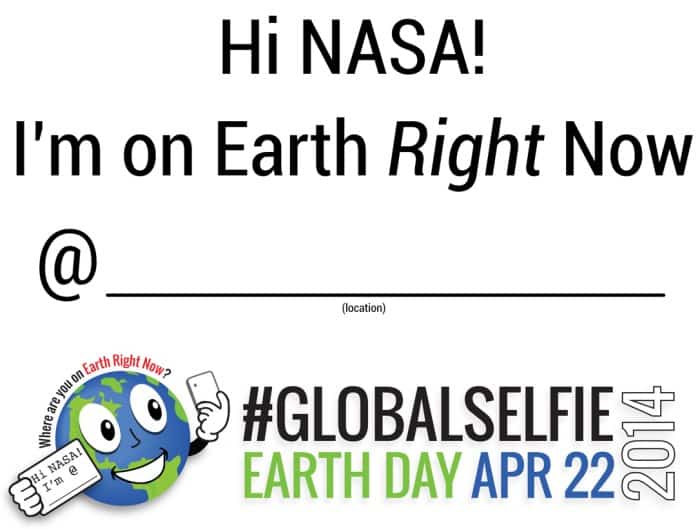 Simply add your name or username, and write your location directly below (GPS coordinates not necessary).

“NASA scientists have helped identify thousands of new planets out in the universe in recent years. But the space agency studies no planet more closely than our own. With 17 Earth-observing missions orbiting our home planet right now — and several more launching this year — NASA studies Earth’s atmosphere, land and oceans in all their complexity.”

Here are just a few #GlobalSelfie submissions so far:

To download the special Earth Day printout for your own #GlobalSelfie, you can head over here and choose from a number of different languages.