Texting Driver Who Ran Over Cyclist Couldn’t Give A Sh**

Remember last year when we wrote about a texting driver who ran over a cyclist and then proceeded to mock him on Twitter (publicly) with the most petty “right of way” argument ever? Meet her stupidity heir.

Kimberley Davis, 21, was texting in the car on her way through Koroit, a small town in western Victoria, Australia. She was reportedly texting seven different people and used her phone a total of 44 times during her trip.

She ended up running down a cyclist, giving him a fractured spine and three months in the hospital. By reports, the incident nearly made him a quadriplegic.

But Davis couldn’t possibly give a sh**.

Though she did stop and call emergency responders, she refused to assist her victim herself and left him lying in the road. Additionally, the only thing she really seems sorry about is the damage to her car.

“I just don’t care because I’ve already been through a lot of bullshit and my car is like pretty expensive and now I have to fix it.”

“I’m kind of pissed off that the cyclist has hit the side of my car. I don’t agree that people texting and driving could hit a cyclist. I wasn’t on my phone when I hit the cyclist.”

Yup, this is one of those “I’m sorry you think I’m wrong” non-pologies.

It gets better, though. Apparently, Davis suffered some mild brain damage in the accident as well, as that is the only rational explanation for why anyone would put sh** like this on Facebook: 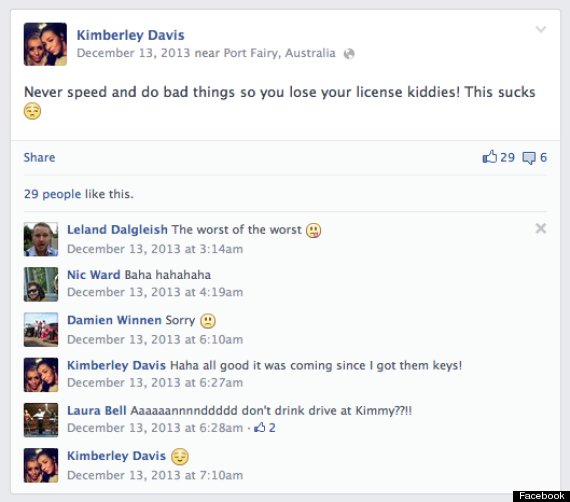 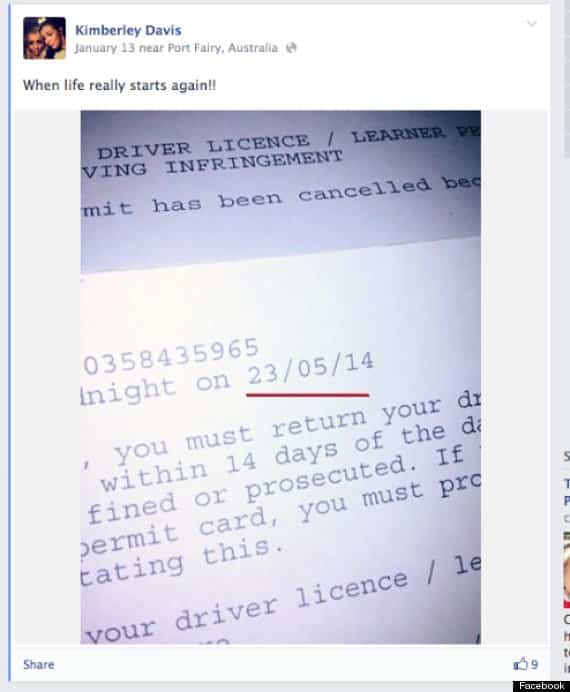 This week, a judge suspended her license for another nine months. Coincidence?