Facebook wants to know what’s on your mind, how you’re feeling, and rolling out to everyone, where you’re traveling to. Of course, it’s completely optional.

The social network took to its official page today to remind users of the feature, and it functions very similar to when you attach your mood to a status update.

After clicking on the smiley next to the camera icon, there’s a “Traveling To” option towards the bottom of the list. 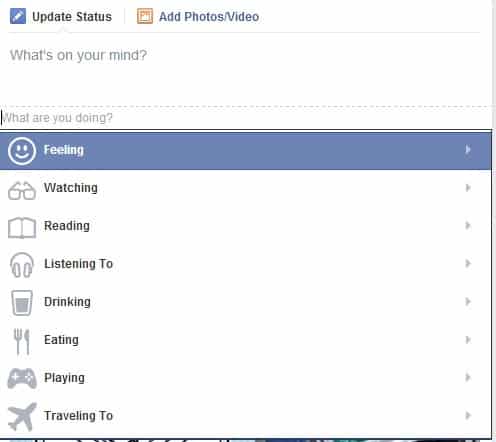 You can start typing the spot you’re heading to, or select from one of the what we assume to be most popular spots.

“Oh sure, let every hacker tell the thieves you’re not home – not!”

“SURE and get you house broken into- it has happen!!!”

“Yeah, that’s it. Announce to the world that your on vacation and your home is unattended. Make it even easier for the burglars. Idiots.”

These are not cherry-picked, but the top five ranked comments at the time of writing.

However, nobody seems to mention the ability to check-in to locations on Facebook, which has been around since 2010.

Contrary to popular belief, your friends are not waiting for you to jet set so they can rob your place, and most people are simply not interesting enough for anyone to stalk them in a city they announced they were heading to.

Sure, it happens, but such fears are based more on paranoia. The “traveling to” feature is, again, totally optional, just like wasting hours reading how much cooler your Facebook friends’ lives are.