Celebrities… they walk among us. Coachella hosted dozens of bands, thousands of fans, and a few celebrities like Aaron Paul and Leonardo DiCaprio this weekend.

Of course, most Coachella goers probably didn’t notice DiCaprio (he was wearing a ridiculous mask) but at least one person managed to shoot a video of the Great Gatsby star dancing to MGMT.

And it didn’t look good. Yes, Leonardo DiCaprio may be one of the most talented actors working today but the frequently Oscar nominated actor wasn’t blessed with dancing skills.

But we’ll get to that later. First, let’s check out Leo’s Coachella get up.

Now, we’re putting a lot of faith in RoboShayka. With the glasses and that bandanna… it’s pretty difficult to tell if that is actually Leonardo DiCaprio.

TMZ reports that several celebrities, including Aaron Paul, Jared Leto, and Leonardo DiCaprio were at the fest this year so we’re going to go ahead and believe RoboShayka. (Hopefully this doesn’t end up getting debunked by the HOAXED experts at SND.)

Anyway, back to the dancing.

DiCaprio wasn’t the only actor getting his groove on at Coachella. Breaking Bad star Aaron Paul was also mingling with music fans at the annual festival. Of course, Paul had a slightly different approach. Instead of wearing a mask to get by unnoticed, Paul was photobombing his fans. 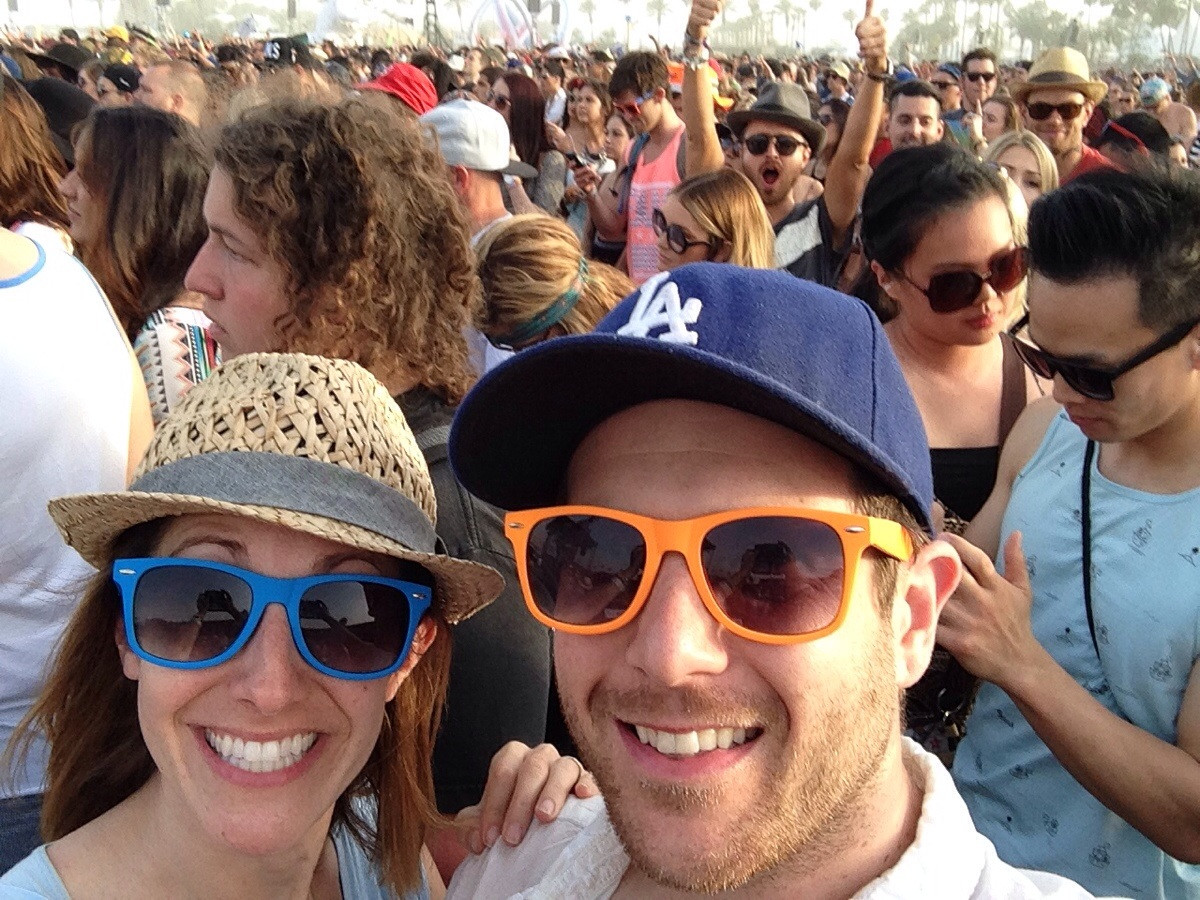