Seven million people voted in the Afghanistan presidential election last week many showing off their relatively new rights with a finger dipped in purple ink.

The purple finger is a primitive method of voted identification, but it’s works now for Afghanistan and other parts of the world where the right to vote isn’t taken for granted.

Images of voters showing off the purple finger have proliferated media since the 2004 parliamentary elections in Iraq.

10 years later these pictures are a purple reminder of how good we have it on this side of the world. 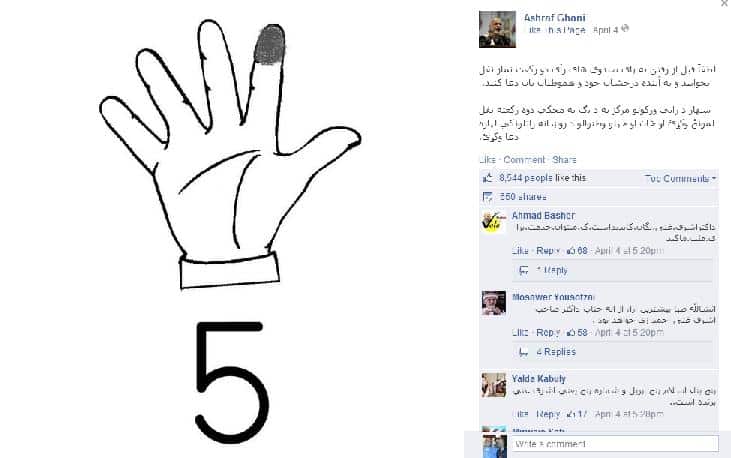 The Afghan election in 2009 was marred by fraud and accusations of ballot box stuffing. None of the realistic candidates have disputed results so far.

In a country where women were once severely oppressed and denied basic human rights, they now make up 34% of the turnout.

The election is being held to select a successor to Hamid Karzai who has presided over a country at war for over a decade.

The next generation in Afghanistan living free of Taliban rule.

Afghanistan is still a country of deep unrest where terror groups have compromised security forces and turned them rogue.

Veteran AP photojournalist Anja Niedringhaus was killed last week in Afghanistan when a police officer opened fire on her as she sat in the back seat of a vehicle.

Niedringhaus was in Afghanistan photographing the country in the lead-up to the historic elections.

This man had his finger severed by the Taliban after voting in 2009 elections. He’s back for more 5 years later. A very brave soul whose actions stand for democracy.

This cartoon represents, essentially, what the purple finger means to the former regime.

One of the best statements of the past decade #AfghanElections pic.twitter.com/3rFrQ09G5v

Here in the U.S. we get a sticker for voting. In Afghanistan a little ink on the finger. No difference really.

In order to win candidates must get 50% of the vote. Experts predict that no candidate will attain the number which will force a run-off election on May 28th.