Nude Photo Of Iggy Azalea, Nick Young Isn’t What You...

A nude photo of Iggy Azalea and her Los Angeles Lakers boyfriend Nick Young has been circulating around the internet today. But here’s the thing: It’s not actually Iggy and Nick in the photo.

The NSFW photo (which you can see here) shows a naked woman standing in front of a man. The woman’s face isn’t visible in the photo and the man’s face is partially blocked by the woman’s hips. It was originally posted to the Twitter account @AssPicsAndVines with the message: “Iggy Azalea with Nick Young from the Lakers.” 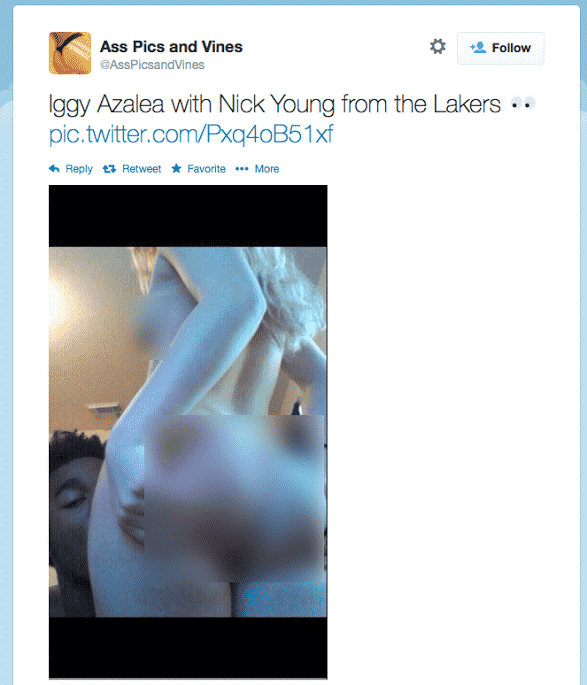 The photo quickly spread around the internet and pretty soon it reached Nick Young.

You see that, internet? When you spread rumors Nick Young’s mother gets nervous.

So if the photo isn’t of Nick young and Iggy Azalea, then who is it? A woman named Kitten Chloe eventually took responsibility for the photo. It also doesn’t seem like she knew that @AssPicsAndVines was going to claim that the photo was of Young and Azalea.

Iggy retweeted Kitten Chloe’s message and thanked the woman for owning up to the photo.