Katherine Heigl is suing convenience store chain Duane Reade after the company tweeted a photo of the actress on March 18 walking out of a New York City store.

Seeking damages of over $6 million, the photo was taken by paparazzi, and the chain used it as a promotional tool. 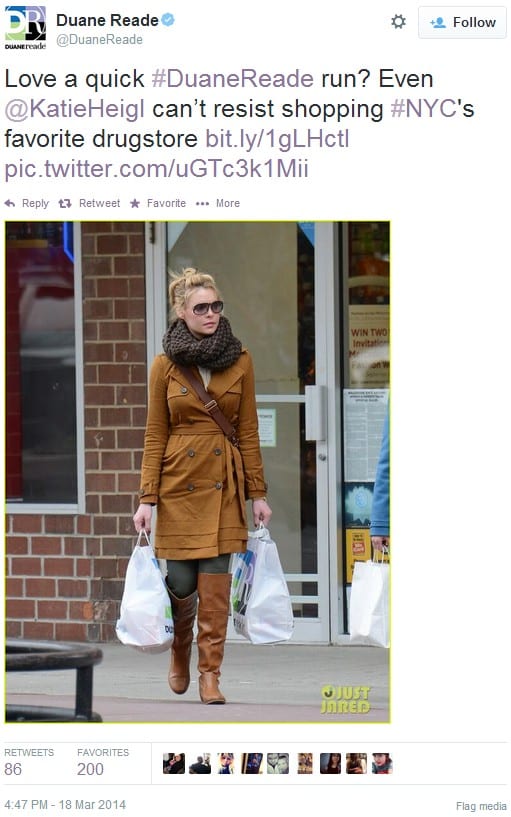 From the lawsuit filing:

“The Heigl photograph is a typical ‘paparazzi’ shot, depicting plaintiff walking on the street in New York City, in a private moment looking away from the camera. Use of plaintiff’s image under these circumstances improperly exploited plaintiff’s name and likeness, as a celebrity, for defendant’s commercial advertising and purposes of trade, without authorization.”

The filing goes on to mention her career in the movie industry, and how her films have brought in over $1 billion worldwide.

Duane Reade has yet to respond to the accusations, and Katherine Heigl plans on donating any damages to The Jason Debus Heigl Foundation, an animal cruelty charity started by Katherine and her mother Nancy.